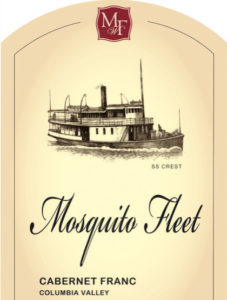 From 1900 to 1912, the S.S. Crest operated on the Mosquito Fleet run between Tacoma and Gig Harbor. This winery on Washington's Kitsap Peninsula has a tradition of sourcing its Cabernet Franc from Dineen Vineyard in the Rattlesnake Hills. The latest release shows its youth and time in barrel as aromas of dusty blueberry and toasted oak lead to a juicy structure of boysenberry … END_OF_DOCUMENT_TOKEN_TO_BE_REPLACED