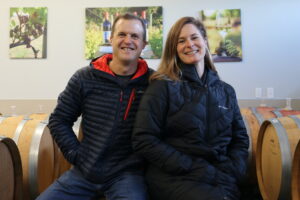 COUPEVILLE, Wash. — When Department of Defense firefighter Sean Merrill received a promotion in 2008 that took him and his wife, Kim, from Colorado to Whidbey Island, they couldn’t envision starting a winery in the tiny town of Coupeville just five years later.  He had picked up some experience in the wine industry while living in Napa in the early 1990s prior to … END_OF_DOCUMENT_TOKEN_TO_BE_REPLACED