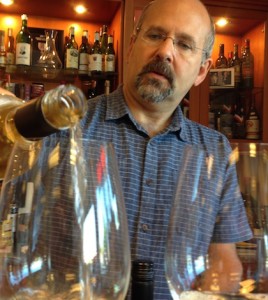 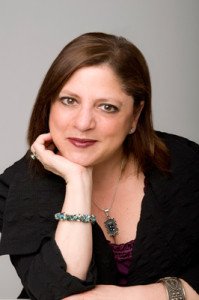 The 11th Washington State Wine Awards will be announced today during a four-hour program that starts at 3 p.m. at McCaw Hall in Seattle. This will be the first time for the awards to be handed out under the auspices of Steve Warner, who took over as executive director of the Washington State Wine Commission last March. The awards began in 2003 when Steve Burns headed … END_OF_DOCUMENT_TOKEN_TO_BE_REPLACED 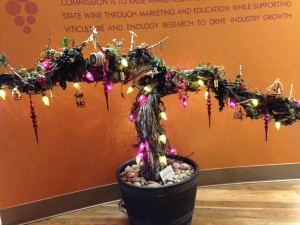 Walk into the Washington Wine Commission offices on Western Avenue in downtown Seattle (a two-minute walk from Ye Olde Curiousity Shop) and you'll be greeted by this wonderful old grapevine, which was donated by Kent Waliser, general manager of Sagemoor Vineyards in the Columbia Valley. The vine was planted in the early 1970s and had to be pulled out in recent years, so … END_OF_DOCUMENT_TOKEN_TO_BE_REPLACED