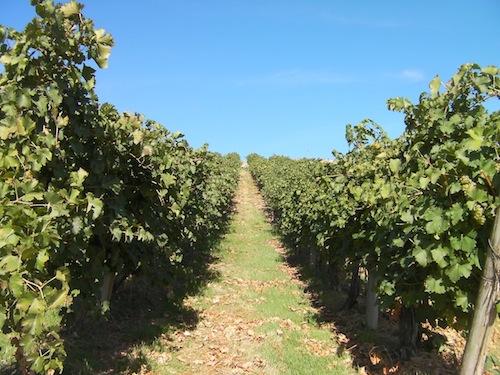 It is a region with a rich agricultural history and presence, where most of the nation’s hops and juice grapes are grown. And within its borders is Washington state’s largest concentration of wine grapes.

The Yakima Valley is Washington’s oldest American Viticultural Area, established by the federal government in 1983. But its roots go much further back. 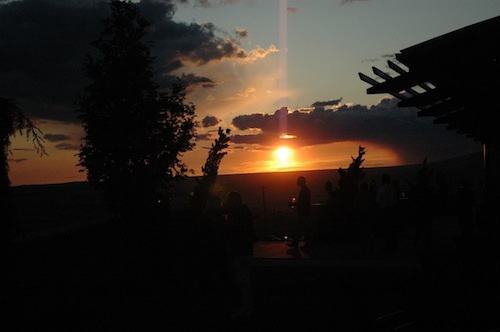 Some of the region’s most beautiful sunsets can be viewed from Red Mountain, on the eastern of Washington’s Yakima Valley.

The Yakima Valley stretches from the foothills of the Cascade Mountains in the west to Red Mountain in the east.

On the northern edge, the Yakima Valley is bordered by the Rattlesnake Hills, which stretch from Union Gap in the west to Red Mountain in the east. The most distinctive feature is Rattlesnake Mountain, purported to be the largest treeless mountain in the world. It is more than 3,500 feet high, putting it a few hundred feet higher than Snoqualmie Pass.

On the southern edge, the Yakima Valley is bordered by the Horse Heaven Hills.

The Yakima River runs through the Yakima Valley, creating irrigation for the region’s rich agriculture. Soon after wrapping around Red Mountain, the Yakima River merges into the Columbia River in Richland.

The westernmost vineyard in the Yakima Valley is Red Willow Vineyard, planted in 1973 by Mike Sauer. To the east, Red Mountain holds a number of vineyards. Kiona Vineyards is the oldest planting in that end of the valley, dating to 1975.

The main towns and cities in the Yakima Valley include, from west to east, Wapato, Zillah, Toppenish, Granger, Outlook, Sunnyside, Grandview, Prosser and Benton City.

The basalt bedrock that is the foundation for much of Eastern Washington was created about 15 million years ago, while active volcanoes in the Cascade range to the west added lava and ash. Movements in the earth’s tectonic plates helped create two ridges: the Rattlesnake Hills and the Horse Heaven Hills. Between them runs the Yakima River from the Cascades.

In more recent times – around 12,000 years ago, near the end of the last ice age – another cataclysmic event occurred. A lobe of ice from the Cordilleran Ice Sheet that covered much of western Canada created a dam in the Clark Fork River in northern Idaho. This caused water to back up into western Montana, creating what is now known as Glacial Lake Missoula.

When the ice dam failed, the lake drained, causing massive floods to careen through the Columbia Basin. It helped create the coulees and such geological wonders as Dry Falls. When the water reached the bottom of the basin, it had no place to go because it bumped into the Horse Heaven Hills. Thus it formed Glacial Lake Lewis, the epicenter of which is where the Tri-Cities is today. The temporary lake backed up into the Blue Mountains in the east and all the way to the city of Yakima in the west.

This helped form the terrain of Red Mountain and dropped sediment into the Yakima Valley all the way to the foothills of the Cascade Mountains. Within a couple of days, the water drained through the Wallula Gap east of Tri-Cities, flowed down the Columbia Gorge and flooded the Willamette Valley as far south as Eugene, Ore. Then it followed the course of the Columbia, emptying into the Pacific Ocean at Astoria, Ore.

Then that ice lobe blocked the Clark Fork River again, and the process repeated itself. In fact, geologists believe Glacial Lake Missoula and Glacial Lake Lewis formed 80 to 100 times through the course of several hundred years.

In the 12,000 years since, dust has blown in from the south and west to create layers of sand throughout the Columbia Valley and provide the young soils unique to the region. In the Yakima Valley, this wind-blown loess soil melds with the sediment left by the Ice Age floods.

The 1980 eruption of Mount St. Helens coated Eastern Washington with ash, a modern reminder of the region’s violent past – and an added bit of complexity to Washington wine country’s soil.

The earliest record of grapes being planted in or near the Yakima Valley is 1869 near Union Gap, according to The Wine Project by Ron Irvine, and Concords were planted near the town of Outlook in 1904. The first winery in the Yakima Valley, according to Irvine’s book, was Stone House Winery near Grandview, which opened in 1905 and made wine from Concord, White Diamond, Zinfandel and Black Prince.

In 1914, William B. Bridgman began planting grapes on Harrison Hill near Sunnyside. Three years later, he planted vinifera grapes on nearby Snipes Mountain, including Carignane, Sauvignon Blanc, Semillon, Thompson Seedless, Zinfandel and Muscat of Alexandria. Some of these grapes – the Thompson Seedless and Muscat of Alexandria, remain today and continue to produce grapes.

Also in 1917, the state legislature approved funding for Washington State College to establish the Irrigation Experiment Station north of Prosser. It has been a cornerstone for the wine industry since.

Yakima River Winery opened in 1978 in Prosser, and Kiona Vineyards Winery launched the next year in 1979. Kiona’s vineyards were on Red Mountain, and its winery was in nearby West Richland.

Bridgman was the early promoter of viticulture in the Yakima Valley. After Dr. Walter Clore arrived at WSC’s Prosser campus in 1937, Bridgman got him interested in European grape varieties and gave him some early cuttings. Clore went on to champion wine grapes throughout the Columbia Valley and is now hailed as “the father of Washington wine.” Bridgman died in 1968, and Clore died in 2003.

Sub-AVAs of the Yakima Valley

The Yakima Valley contains three other American Viticultural Areas. They are:

Key vineyards in the Yakima Valley

Some of Washington’s most important vineyards are in the Yakima Valley. Here are a few key vineyards: