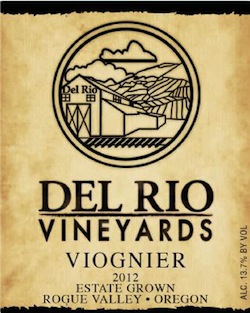 Folks throughout the Northwest hailed the 2012 vintage, but it was business as normal for Rhône varieties in Southern Oregon and at renowned Del Rio Vineyards, with marked its 15th anniversary in 2012. where Jean-Michel Jussiaume makes the wine. The citrus notes and the touch of French oak and acacia wood shows itself with hints of brioche in the nose, and the drink brings juicy and bright flavors of pear, peach, pineapple and apricot. Suggested fare includes Asian-themed dishes as well as pork, game hens, shellfish and white cheeses. This earned a gold at the 2014 San Francisco Chronicle Wine Competition in the $20-and-over category for Viognier, and it continued the consecutive string of gold medals for this wine at the Sonoma judging.