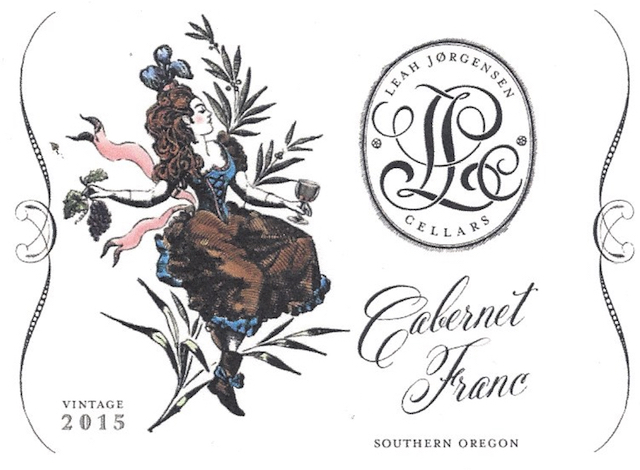 An invitation from famed Domaine Drouhin to Oregon Pinot Camp in 2004 proved to be a defining moment in Leah Jorgensen’s life. Less than a decade later, she became a leader in Oregon’s movement to promote wines made in the style of France’s Loire Valley – particularly Cabernet Franc. She’s particularly focused on Southern Oregon and for her largest production of Cab Franc works with the industrious Moore family to pull fruit from their Crater View and and Sundown vineyards. Harvested on Sept. 19-20 at Brix 24, Jorgensen had the wine in bottle within 12 months. It’s a rather brooding expression of Cab Franc with dense and brambly aromas of elderberry, smoky black currant and horehound. The theme of purple fruit continues onto the palate as juicy blueberry and pomegranate flavors with plum skin tannins make for a rather sinewy finish. Suggested pairings include pungent cheeses or anything influenced by fire, such herb-influenced meats such as beef, duck, lamb or dry-rubbed ribs,