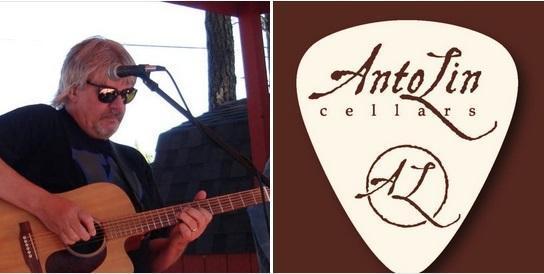 AntoLin Cellars is open for tasting Friday, April 8 at 1 p.m., and the music starts at 7 p.m. with no cover charge.

Daniel Mark Faller has released a variety of CDs. The style on these go back to Daniel’s country and folk-rock roots with a Texas flavor in the vein of Waylon Jennings, Willie Nelson and some of the new wave of Texas songwriters such as Steve Earle, Charlie Robison, Jack Ingram, Robert Earl Keen and Daniel’s favorite, Nashville singer and producer, Buddy Miller. He also found himself writing this style of music which takes a great melody and ties it to some great lyrics that tell a story. It was natural for Daniel to start doing solo dates to showcase these songs.

In 2021 Daniel added dozens of tunes to his show playlists. You’ll find him doing everything from Waylon to Radiohead.

The enthusiasm is obvious as the calendar has been full with his solo shows, and we’re so happy to have Daniel perform in our tasting room. Tasty art, wine, food and music – the action is at AntoLin Cellars on historic N. Front Street.