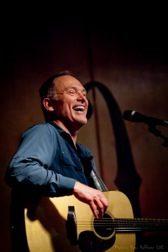 His fourth release, Patch Of Sky, has garnered critical acclaim from across the country. He is a grand prize winner of the international John Lennon Songwriting Contest and has earned more than a dozen other regional, national and international songwriting and performance awards.