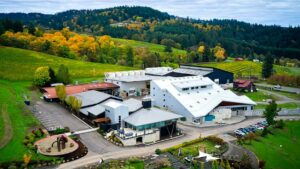 Ste. Michelle Wine Estates and its team have experienced turbulent times in recent years, but Sept. 7 sparked some celebrations when the largest wine company in Washington state announced its acquisition of two of Oregon’s largest brands — A to Z Wineworks and Rex Hill. The move makes Ste. Michelle Wine Estates the largest wine company in Oregon, and the shock and awe … END_OF_DOCUMENT_TOKEN_TO_BE_REPLACED

Many of the wine and culinary celebrations traditionally staged in conjunction with major Northwest wine competitions returned this year, with more on the way in 2023. While the pandemic prompted the cancellation of Taste Washington the past three years — the Washington State Wine Commission has it scheduled in 2023 for March 11-12 — it’s been fascinating and heartwarming to … END_OF_DOCUMENT_TOKEN_TO_BE_REPLACED 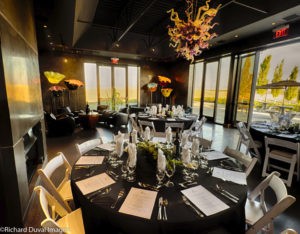 "We should get jobs in tasting rooms!”Those brilliant words were uttered between me and my neighbor back in 2008, after enjoying a few glasses of box wine — that’s an entirely different topic — on her patio. Have you ever thought or said the same thing? If so, I can help you get started. First, let’s make sure you have the right idea: Do you think people who work at … END_OF_DOCUMENT_TOKEN_TO_BE_REPLACED 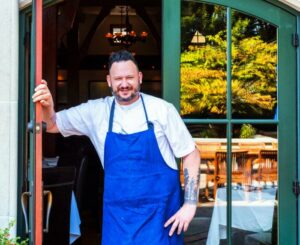 EUGENE, Ore. — The King family continues to take a thoughtful approach to the gradual evolution of their restaurant that surrounds the tasting gallery at King Estate Winery. With the spring arrival of executive chef Matt Hobbs, the Kings of Pinot seem poised to move a culinary program rooted in organic farming to an unprecedented level of prominence. “We will put King … END_OF_DOCUMENT_TOKEN_TO_BE_REPLACED 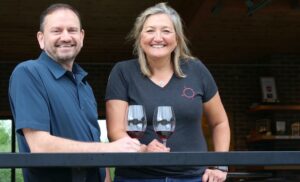 WOODINVILLE, Wash. — When Mike Metheny, Lisa Swei and a bottle of wine first crossed paths in 2005, the results might be described as perfectly uneventful. Both were working on Microsoft’s MSN product team in Redmond, Wash. Metheny had been dabbling in home winemaking for a few vintages and gave a bottle to Swei, who had considered getting in on the ground floor of a … END_OF_DOCUMENT_TOKEN_TO_BE_REPLACED