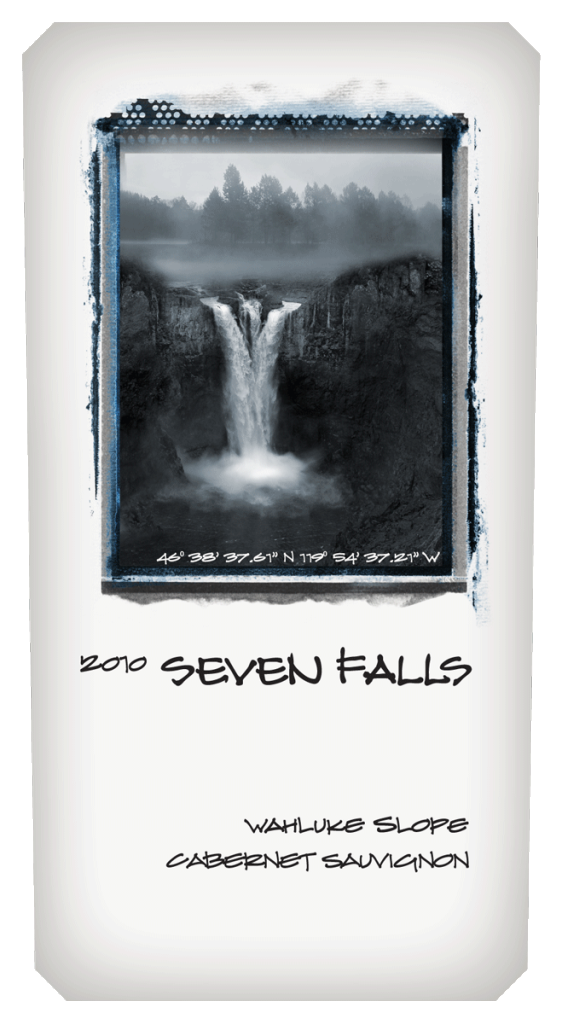 In 2003, he handed the reins to Ray Einberger and became the company’s executive vice president for winemaking, viticulture and operations – putting him in charge of Ste. Michelle’s wineries and vineyards.

Though he is intimately involved in the winemaking process at Ste. Michelle Wine Estates by sitting in on blending sessions and tasting through final products, it has had to be difficult for him to completely remove himself from the cellar.

“This is an opportunity to get back into winemaking,” Gore said.

The focus of Seven Falls is the Wahluke Slope, an area known as the backbone of the Washington wine industry but an American Viticultural Area that receives little renown because so few wineries actually operate in it.

The Wahluke is one of the warmest regions of the arid Columbia Valley, and it’s an area that winemakers can rely upon for consistently ripe fruit. It is a 13-mile-wide bench surrounded on three sides by the Columbia River and the fourth side by the Saddle Mountains. It is directly north of the Yakima Valley towns of Prosser and Sunnyside, and the communities of Mattawa and Desert Aire are within the AVA.

Gore’s first visit to work with vineyards on the Wahluke was around 1986, when he went to look at Indian Wells Vineyard on the western side of the AVA. At that time, it was being managed by Jerry Bookwalter, and it quickly became a site that Ste. Michelle Wine Estates loved. Today, it is owned by Zirkle Fruit Co., which last year built a custom-crush facility in Prosser.

Land still is inexpensive, and water remains plentiful, making the Wahluke a prime region. It was approved as an AVA in 2005, and the 81,000-acre region now has nearly 6,000 acres of wine grapes.

Gore’s only problem? “Cell phone service is a bit spotty,” he said with a laugh.

Legend of the Seven Falls

Gore loves the history of the area, and that plays into the Seven Falls name, which refers to seven waterfalls that existed on the nearby Columbia River before Priest Rapids Dam was built in the 1950s. Priest Rapids “consisted of seven separate cataracts along a nine-mile stretch, over which the river dropped 72 feet altogether,” according to Wikipedia.

The Wahluke itself was formed by the Ice Age floods some 15,000 years ago. The region is a 13-mile-wide alluvial fan that basically is a gravel bar created when the floods burst through nearby Sentinel Gap. The floods occurred 80 to 100 times, each building the Wahluke a bit bigger.

One wine conspicuously absent from the lineup is Syrah, a variety for which the Wahluke is famous. The red wine has been difficult for anyone to sell the past three years, thanks in part to the flood of inexpensive Australian Shiraz worldwide.

Marketing for Seven Falls has been focused on a tech-connected, mobile audience. The website is optimized for smartphones, and each wine has a QR code on the label. Want to know more about the wine? Focus your phone on the QR code and watch a YouTube video.

“This brand is a little different from the perspective of social media,” Gore said.

“It is intended as a useful tool for restaurant service,” she said. “Restaurants and customers can easily access information on a mobile phone.”

Shane said this is the only Ste. Michelle brand that is using the approach.

“You get the story at the table.”

Working with the next generation

One part of the Seven Falls project that Gore especially likes is the connections he makes with assistant winemakers. For example, Reid Klei is an enologist at Columbia Crest who began working at Snoqualmie Winery in Prosser in 2005 after graduating from Eastern Washington University. He moved to Crest in 2008 and now is assistant winemaker to Gore for Seven Falls.

“It’s a way to help the next generation, to give them what I have,” Gore said. “It’s nice to reach down a couple of levels and work with assistant winemakers and enologists.”

The wines are made at Columbia Crest in the southern Horse Heaven Hills, where Gore’s offices are.

Where to find Seven Falls

It’s unlikely you’ll find Seven Falls in a wine shop in the near future, but the wines will be available online for $15 per bottle.

Additionally, here is a hefty list of Washington and Oregon restaurants where Seven Falls is being sold: