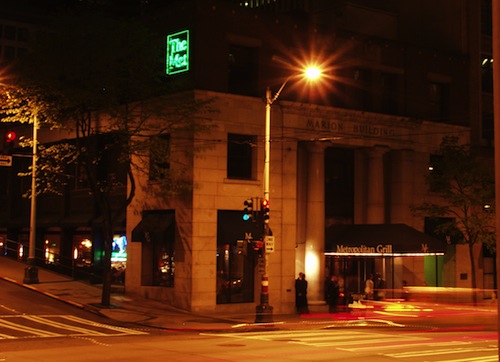 Price oversees one of the finest wine lists in the Pacific Northwest, a selection that shows the depth of his staff’s knowledge not only of the region but also the world of fine wine. 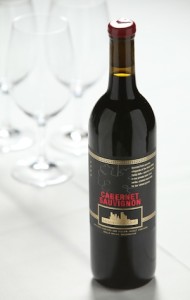 Price and Glase worked together to craft a Cabernet Sauvignon using grapes from Seven Hills Vineyard on the Oregon side of the Walla Walla Valley and Pepper Bridge Vineyard on the Washington side. Both vineyards are considered among the best in the Northwest for red Bordeaux and Rhône varieties.

The wine is $63 per bottle or $16 per glass at the Metropolitan Grill. Price’s suggested pairings include the restaurant’s Snake River Farms American Wagyu Longbone ribeye or Double R prime filet.

Glase, founder and winemaker at Balboa in Walla Walla, began his wine career by working harvest in 1998 at iconic L’Ecole No. 41. He worked there for four years and also spent time at Corliss Estate, Ash Hollow Vineyards and Beresan Winery before launching Balboa in 2005.

The Metropolitan Grill was the 2012 recipient of the Washington State Wine Commission‘s Wine Restaurant of the Year. Price is one of only 190 wine professionals worldwide to obtain the title of Master Sommelier. He was one of four out of 63 wine experts to pass the Master Sommelier exam last May. 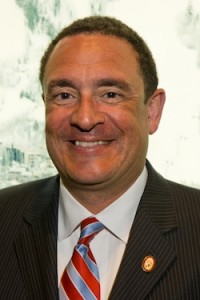 Thomas Price of the Metropolitan Grill.

Price and his staff have put together a wine list that regularly wins awards from Wine Spectator, Wine Press Northwest and many other wine publications.

“When I select wines for The Met, I am looking for a high value-to-quality ratio,” he said. “I make sure it complements our menu items, and I want to be able to passionately recommend it to our guests.”

The Metropolitan Grill is in downtown Seattle on Second Avenue. For more information, call 206-624-3287.