SEATTLE — Precept Wine, which has risen to become the largest privately held wine company in the Pacific Northwest, today announced the best first quarter in its 10-year history and celebrated the promotions of three executives.

President/CEO Andrew Browne declared the first three months of 2013 to be “the most successful” in company history. It comes on the heels of producing 950,000 cases of wine last year.

“Precept Wine is about people. The internal team allows our company to develop and grow new and existing relationships throughout the life of a wine: growers, wineries, distributors, accounts and consumers,” Browne said in a news release. “I’m proud of the team we currently have and excited for the addition of new dynamic members who will make this a great place to work and be successful – individually and as a team.”

The company is owned by Dan Baty and his son, Stan, who formed Precept Wine in 2003 with Browne. The Baty family is in its fourth decade as major players in the Pacific Northwest wine industry, having created Corus Brands in 1980 with its purchase of Columbia Winery.

During the next 21 years, Corus Brands acquired Covey Run and Paul Thomas in Washington and Idaho wineries Ste Chapelle and Sawtooth as well as Australian brand Alice White. 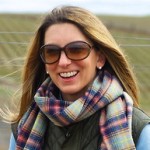 Constellation purchased Corus Brands in 2001, but the Batys did not sell their 2,400 acres of vineyard in the Northwest. In less than two years, Browne and the Batys rejoined forces and began to reassemble their corporate team.

Alexandra Evans, promoted to chief marketing officer on Monday, was brand manager for Corus from 1999-2001, then served in a similar role for two years with Constellation. She began at Precept in 2003 and orchestrated branding, creative direction and marketing.

Kirk Brewer has been promoted to chief sales officer in charge of sales, logistics and shipping. Mark Harmann accepted the title as senior vice president of sales for the West Coast and international accounts. He joined Precept last September after a career with Southern Wine and Spirits in Seattle, Majestic Fine Wines and work with Jackson Family Enterprises. 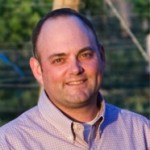 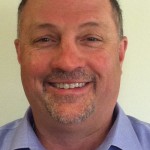 “Alex, Kirk and Mark have exhibited characteristics that have led to our current success – communication, caring and passion,” Browne said. “I look forward to watching their growth and success in the coming years  and feel privileged to be working with them every day.”