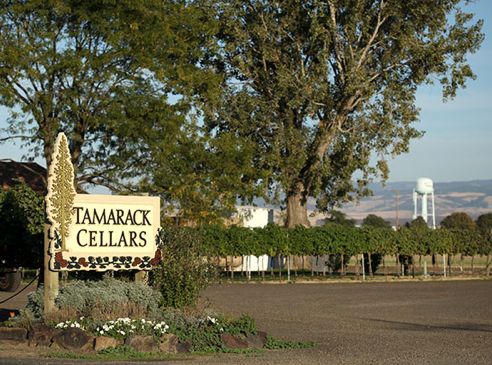 Tamarack Cellars, which operates in a World War II fire station at the Walla Walla Regional Airport, was founded in 1998. (Photo courtesy of Tamarack Cellars)

“We are very excited to have Katie on our team,” Coleman said in a news release. “With her experience and knowledge of our industry she’s a great fit and we look forward to growing the Tamarack brand with her help.”

Sadler, a graduate of Washington State University, spent nearly three years at the wine commission in Seattle where she served in a role focused on industry relations and also orchestrated marketing programs for regional, national and international markets.

She also handled marketing and event manager duties at HDR, Inc. of Walnut Creek, Calif., and the Bureau of Education & Research in Bellevue. She spent two years with Ruby Hill Winery of Pleasanton, Calif.