Making it easier to find foreign wines at home 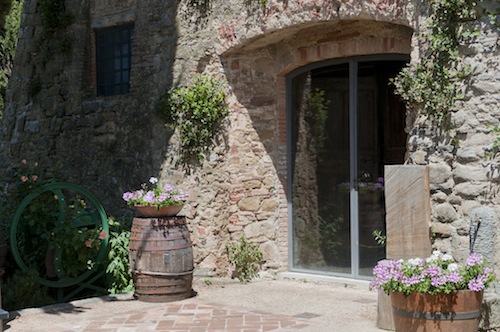 Wineries in Tuscany are fun to visit, but getting foreign wines home can be nearly impossible. A California company called Ship It Home USA is helping to solve that problem. (Photo via Flickr/click for credit)

Visiting a wine region and wanting to take home some wines can be a huge hassle. Going to another country is downright impossible.

Barry Gilbert had the same frustration when he would visit Europe. He’d fall in love with a wine or winery – only to find out he couldn’t easily get the wine back home in California, nor could the winery easily ship it to him.

“I’d say, ‘I want to buy a case. Can you ship it?’ ” Gilbert told Great Northwest Wine. “They’d look at me like I had three heads and say, ‘No, it’s too complicated.’ So I’d buy the two bottles I was allowed to bring in.”

So five years ago, Gilbert launched his new company, Ship It Home USA. Today, he represents about 30 wineries around the world by bringing their wines to his climate-controlled warehouses in the Napa County city of American Canyon and in New York state, then selling them to wine lovers throughout the United States.

He began working with eWinery Solutions, a company that provides wineries with software to handle sales, compliance, production, wine club management and more. Gilbert was able to team up with eWinery Solutions to work out direct-to-consumer sales through a winery’s website or tasting room, then he could ship the wines to the consumer in any of 34 states. 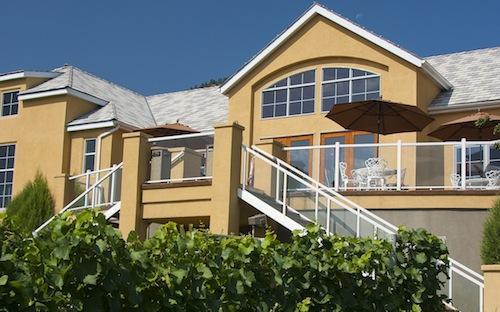 The first British Columbia winery to take advantage of Ship It Home USA is Tinhorn Creek Vineyards in Oliver, just 20 minutes from the U.S. border. Owner Sandra Oldfield was born and raised in California but moved to Canada 20 years ago with her husband to start Tinhorn Creek. She has long been frustrated by the fact that her family and friends back in Sonoma County couldn’t get her wines unless they came to Canada.

Now through Ship It Home USA, Tinhorn Creek is able to sell six of its wines to U.S. customers. Ship It Home USA sells the wines by the case – mixed cases are just fine – and Gilbert charges a flat rate of $29.95 per case to ship via Federal Express to any of the 34 states he can legally send wine to.

“We wanted to make this simple for the winemaker,” Gilbert said. “I really appreciate how difficult winemakers’ jobs are. They have so much to do just making the wine and trying to sell it. They’re so busy.”

Gilbert is able to bring wine into the United States through an import company he owns called VinAccess International, then turn around and ship it through Ship It Home USA. He now works with wineries in France, Italy, Spain, Greece and Canada.

After Great Northwest Wine’s original story about Tinhorn Creek’s ability to ship to U.S. customers, Gilbert began receiving calls from north of the border and most recently signed up Foxtrot Vineyards on the Naramata Bench, north of Penticton.

“It’s really about how frustrating it has been for not only the tourist who wants to buy something and can’t, but also for the winemaker who welcomes them and pours all his wines, and then the Americans can’t buy the wine,” he said.

Gilbert is getting ready to ramp up his business now that word is getting out about the service he provides. This spring, he went to the ProWein trade show in Dusseldorf, Germany, talking to owners and representatives from many of the 5,000 wineries in attendance. Then he hit the road to Italy, France and Spain.

“We go and become wine tourists,” he said. “There’s no better way to find potential clients to visit.”

Thanks to Ship It Home USA, American wine lovers will have a new way to buy British Columbia wines that are maddeningly difficult to simply get across the border.

“We really do solve a problem.”