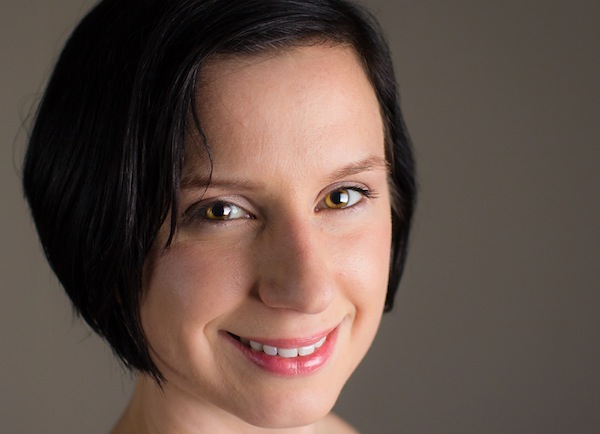 Madeline Puckette went from being a graphic artist to one of the Internet’s leading wine experts, thanks to her blog Wine Folly. (Photo courtesy of Wine Folly)

SEATTLE – One of the world’s most popular wine bloggers has turned her passion into a new book.

Madeline Puckette, the leader of Seattle-based Wine Folly introduced Wine Folly: The Essential Guide to Wine this week to her adoring throngs of fans.

Puckette launched Wine Folly in late 2011 and has quickly turned it into an Internet phenomenon through her delightfully illustrated and in-depth infographics and information-packed posts that provide a new way of looking at the world of wine.

We got on Skype to chat with Puckette to talk about her journey to launching Wine Folly and how her book could well change how we understand wine. 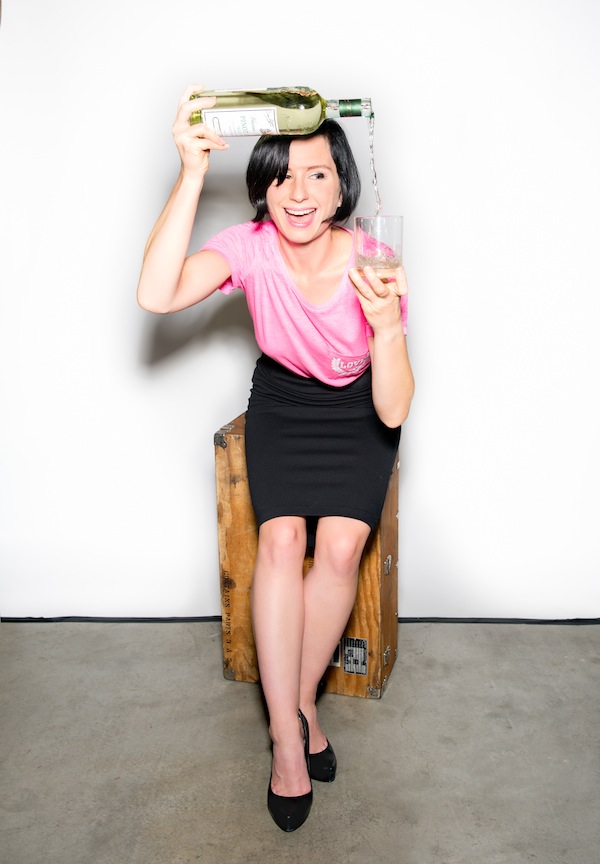 Madeline Puckette, founder of Wine Folly, began her journey from graphic artist to wine expert when she was laid off in Reno, Nev. (Photo courtesy of Wine Folly)

Puckette grew up in Oregon, then moved to Los Angeles, where she wanted to get into the music industry. She went to California Institute of the Arts, where she earned her bachelor of fine arts in 2005. This is where her love for wine began.

“I was always enjoying art openings,” she told Great Northwest Wine. “They’d always have a little Charles Shaw (“Two Buck Chuck”) at the art openings. I hated the red, but I loved the white.”

As a birthday present one year, her father gave her a subscription to a wine club.

“It was the one thing I’d look forward to every month when my two bottles would come in,” she said.

These bottles opened her eyes to the world of wine.

“I was working full time as a graphic designer,” she said. “The wine was the one thing that made me feel creative.”

Eventually, Puckette’s boyfriend got a job in Reno, Nev., and she went with him, landing on the staff at the Gazette-Journal newspaper. But in 2008, she was laid off. Depressed, she walked into a wine bar. That changed her life.

“The guy had just opened the wine bar, and he was like, ‘You seem to know a thing or two about wine. If you can make it through this book’ — and he handed me this thick old Sotheby’s wine encyclopedia — ‘and come back, I’ll give you a job here and you can help me have a day off.’ ”

That led to Puckette getting to know wine distributors in town, who often would bring her samples at the end of the day and test her knowledge of wine. That led to a friend encouraging her to take the Court of Master Sommeliers examination, which happened to be staged in Seattle. She passed the test to become a certified sommelier and considered moving to New York City with her boyfriend to work in the wine industry there.

But she liked Seattle so much, she decided to stay. 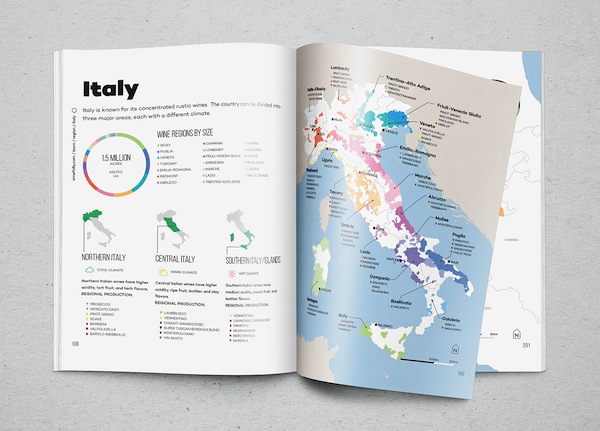 In 2011, Puckette started Wine Folly. The early days were inauspicious.

“Our first post came out on Christmas Day, which is terrible timing because nobody’s online,” she said with her infectious laugh. “It was about how to wrap a bottle of wine. I’ve gotten a lot better on timing.”

A lot better. These days, when Puckette or a member of her team release a post, it is quickly gobbled up by ravenous internet fans. Each infographic or story is packed with beautiful graphics, fascinating statistics and delicious stories that explain how and why we should care about a certain wine or winemaking region.

“I’m a very visual person,” she said. “When it came time to understand wine, I would make these flash cards with a big raspberry on them. On the other side, it would talk about wines that taste like raspberry. I did the exact same thing with the blog. It was only natural to be like, ‘How do I tell this story visually?’ Well, it tastes like raspberries or strawberries, but I’m not going to say that. Seeing raspberries or strawberries is more visual.”

She also injects her natural humor into her creations, and that resonates with her fans.

“One day, I made a funny, sardonic infographic and posted it on Facebook, and it just took off. It connected with everyone. It was called, ‘How to choose wine.’ ”

The infographic was a funny and creative flowchart that led the viewer on a journey of selecting wine. She found her voice with this infographic, which has led to many, many others.

Puckette uses many resources for her fact-laden graphics, both from her grandfather’s old collection of wine books to statistics she receives from wine commissions around the globe.

“Statistics are meaningless, but when you visualize it, it makes more sense,” she said. “It’s so exciting to see where you end up and help the reader have that same discovery experience without all the pain-in-the-butt reading.”

As a result of her success with Wine Folly, Puckette and her team get to travel the world, visiting regions of Europe and beyond.

“We’re trying to visually document what’s going on out there in the world of wine,” she said. “I’ve discovered so many regions that I would have not thought about.” 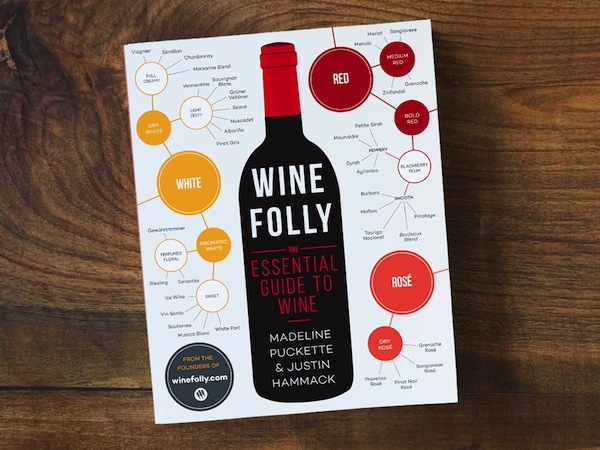 Wine Folly’s first book came out this week and already is a bestseller on Amazon.com. (Photo courtesy of Wine Folly)

All of this has led to Wine Folly: The Essential Guide to Wine, which was released Tuesday.

“There’s tons of amazing expert books out there,” she said.

Her book is different than those thick, encyclopedic tomes that feel like a death march through the world of wine.

“I use a lot of visual information to communicate wines,” she said. “The goal was to be a concise guide to different wines.”

She packs a lot of information into the book without any stuffiness. While Puckette was confident the book would appeal to those wanting to learn about wine, she was wary of what wine experts might think.

“Once you know a thing or two about wine, you know you have so much more that you don’t know,” she said.

She was pleased – and surprised – when the feedback was positive.

“I was shocked to hear that from experts,” she said.

Even before the launch, preorders pushed Wine Folly into the category of bestseller in Amazon.com’s wine section.

Throughout the past few years, Puckette has learned to take criticism as well as can be expected because not everybody will love what you do, no matter how well you do it.

“I get a lot of really amazing feedback,” she said. “There’s both really positive and really negative. With all the negative feedback that you get, it can be hard, but there’s always a soupçon of something you can learn from that. It was one of the hardest things for me to learn as an artist putting myself out there and people being like, ‘That’s stupid, I hate it.’ That really hurts. I’m just going to go bash my head in a wall.”

So she learned to turn the haters into a positive experience.

“When I go through the negative feedback or somebody would send me an email with ‘Oh my God, you have a grammar error!’ I would just thank them. Bless their little hearts for telling me and helping us improve the quality of the content.”

Puckette’s infectious personality would seem to lend itself to an even more visual experience: video. So she and the team have created about 30 videos so far. Unfortunately, they haven’t taken off as well as she’d hoped – or for the time, effort and cost to produce them.

“Video takes planning, filming and editing,” she said. “It takes three times as long as making a post.”

But many of her videos are memorable, none more so than when she tasted chocolate wine for the first time.

“That video was the first time I’d ever tasted that wine,” she said. “It was like smelling this really gross Tootsie Pop. I smelled it, then I put it in my mouth. And my whole body was like, ‘I don’t want this in here,’ so I spit it out on the table.”

Even the marketing person from the company that made the chocolate wine thought it was hilarious.

If anyone can figure out a way to turn Internet wine videos into a success, it will probably be Puckette.