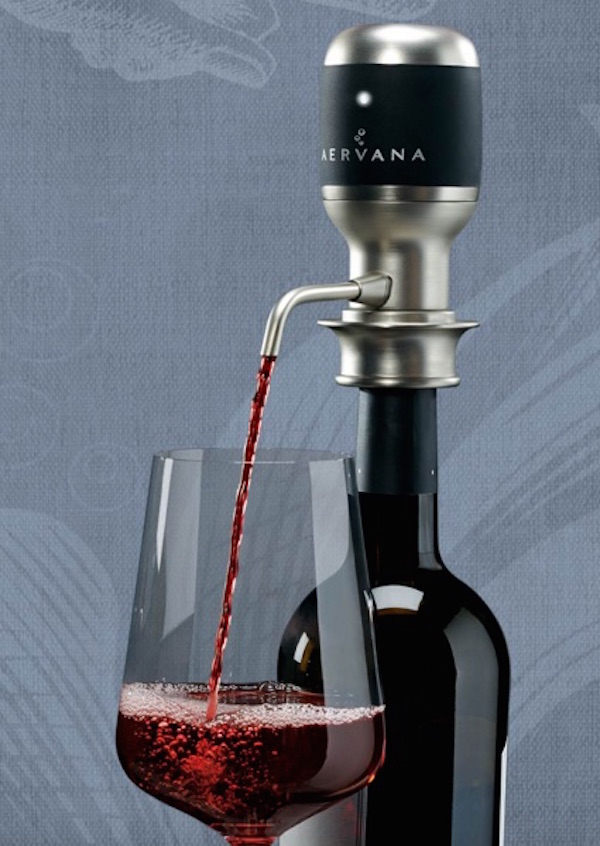 The Aervana is an electric push-button wine aeration system that helps young red wines taste much better than if they’re simply poured directly from the bottle. (Photo courtesy of Aervana)

When you have a bottle of young red wine, one of the best ways to help it taste its best is to give it a bit of air.

In the long term, air is not a good thing for wine. That’s why we have corks and screw caps – to keep out the oxygen. During the winemaking process, for the most part air is kept away from wine.

When a wine is young, it’s pretty tightly wound. It’s been in barrels and tanks and a bottle for a couple of years. Wine experts talk about letting a wine “breathe,” and that’s exactly why we like to aerate a red wine before we evaluate it: It gives the wine its best chance to shine.

There are three basic ways to loosen up a red wine with a bit of air.

We recently received a device called the Aervana, purported to be the world’s first electric wine aerator. It’s simple enough to use, and it looks good in the process.

The most difficult part of using the Aervana is putting in the six AAA batteries (included), which really doesn’t take more than a moment. Add the plastic tube to the bottom, easily slide it into a bottle, and it’s ready to use.

The Aervana is rather slick. It has a push button on top and a spout sticking out the front. Put the glass under the spout, push the button, and wine comes out – with plenty of oxygen added in the process.

We tried a side-by-side comparison with a bottle of young, tight-as-nails red Bordeaux, a wine that had a fair bit of earthiness and not a whole lot of fruit showing in its youth.

A few other benefits of the Aervana 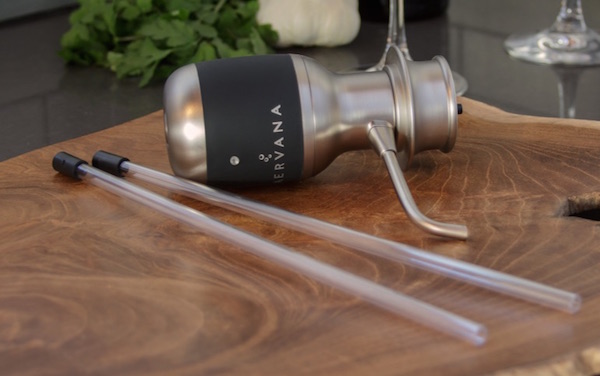 The Aervana is easy to use, easy to clean and makes a great gift for wine lovers. (Photo courtesy of Aervana)

While it isn’t cheap, that wouldn’t be expected for a nicely made device such as this. The $100 price tag, however, will help a $5 bottle taste like something four times the price. Looking at it from that point of view, it doesn’t take too many bottles before the Aervana pays off.