One of California’s largest and most successful wineries is dipping its toes into Washington wine. 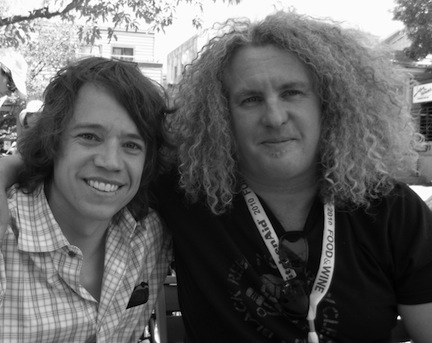 Charlies Bieler, left, and Charles Smith are behind Charles & Charles, a Washington wine

Trinchero Family Estates in St. Helena, Calif., is teaming up with Charles Smith of K Vintners in Walla Walla, Wash., and Charles Bieler of New York to manage sales, marketing and distribution of Charles & Charles, a joint venture of Smith and Bieler.

Charles & Charles is based in the tiny Walla Walla Valley town of Waitsburg and produces two wines, a rosé and a red blend, both from Washington grapes. The red is a blend of Cab and Syrah that sells for under $15. The rosé is from Syrah and sells for about $11.

From white Zinfandel to Washington wine

Trinchero is best known for owning such brands as Sutter Home, Folie a Deux, Trinity Oaks, Menage a Trois, Trinchero Napa Valley and the no-alcohol Fre brand. Trinchero introduced the world to white Zinfandel in the 1970s and now produces more white Zin than the entire state of Washington produces wine.

Smith is excited about the new venture with Trinchero.

“This alliance is awesome for Charles & Charles wines and huge for the entire Washington wine industry,” Smith said in a news release. “It’s very exciting to work with Trinchero, given the power of their distribution and sales network.”

Bob Torkelson, president of Trinchero, said the label is a good fit for its portfolio, especially given how Washington wine sales are a strong sector.

Last fall, Wine Spectator put the Charles & Charles rosé at No. 42 of its year-end top 100 list.

Trinchero also markets and distributes Joel Gott Wines, Bandit (which has a Washington Riesling) and Newman’s Own. It also sells imports from Australia, Argentina, Chile and France, as well as Mexican tequila.