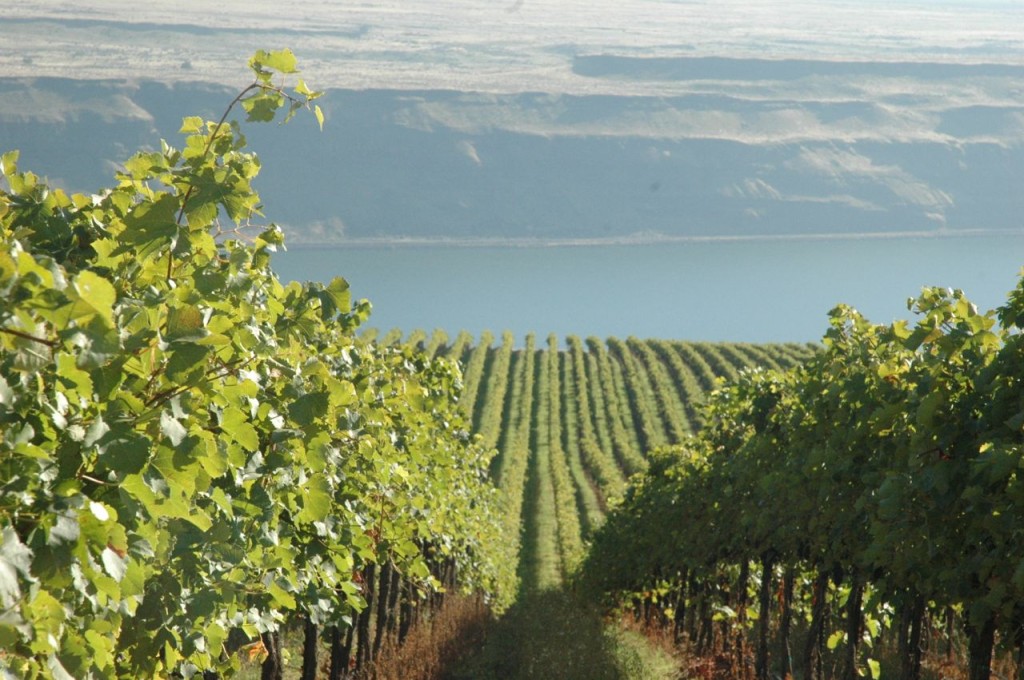 Washington competes with California on quality and value, not on size. This is The Benches Vineyard in Washington’s Horse Heaven Hills. (Photo by Andy Perdue/Great Northwest Wine)

The No. 1 grape was, of course, Chardonnay, making up 16.8 percent of the state’s total. In second was Cabernet Sauvignon with 11.3 percent, then Zinfandel with 10.4 percent.

Washington is No. 2 in U.S. wine production behind California. As we shall see, it is a distant No. 2.

Here is how California and Washington wine compare on a macro level:

It is impossible to compare California with Washington wine (or any other state) because California’s overall business model for wine is so different. As former Gov. Chris Gregoire so famously pointed out last year, Washington doesn’t make jug wine. And that is where a lot of California’s wine grapes go.

It is more important to compare Washington wine, which is in the premium category, with California’s premium regions, particularly Napa and Sonoma counties. California’s statistics lump together Sonoma and Marin counties, so that is how we’ll look at them here.

Wine grape acreage (these numbers are not reported by the USDA, so they are gleaned from other sources):

Now let’s dive into some of the varieties.

What we see from all this data is that the Washington wine industry is the same size as Napa in acreage and tonnage. Because Riesling carries a higher tonnage than Cabernet Sauvignon (roughly double, in fact), Washington brings in more grapes per acre than Napa.

Napa, meanwhile, puts much of its emphasis on its world-class Cabernet Sauvignon, as it should, which is why it grows nearly twice as much.

Washington, meanwhile, is well distributed between its top four grapes, with Chardonnay, Riesling, Cab and Merlot nearly even in tonnage last year.

Sonoma/Marin is top-heavy with Chardonnay but shows more balance on the red side, with Pinot Noir No. 1 at 52,379 tons and Cab a not-too-distant No. 2.

Where Washington wine competes, of course, is on price. Here’s a look at those numbers:

Price per ton for all wine grapes:

As has been the case for several years, Washington wine grapes are about half the price of Sonoma’s and less than a third of Napa’s. Land prices in Napa are astronomical, partly because of the region’s well-earned reputation and partly because of scarcity – little unplanted acreage is left.

California No. 1 in Riesling

One other interesting tidbit that is buried in the numbers: California crushed more Riesling last year than Washington: 36,892 tons compared with 36,700 tons. This is a huge jump from 2011, when 27,756 tons were crushed in California. The vast majority of California’s Riesling is grown in cooler Monterey and San Benito counties, where 14,803 tons were crushed last year.