SEATTLE — A pair of Sauvignon Blancs from Washington state and an Oregon Pinot Gris were among the top 10 entries at the 19th annual Pacific Coast Oyster Wine Competition.

Willamette Valley Vineyards 2011 Pinot Gris ($16) was the only Oregon wine to be spotlighted in the three regional judgings, which involved 124 wines. There were 72 entries from California, while Oregon and Washington each had 26 entries. 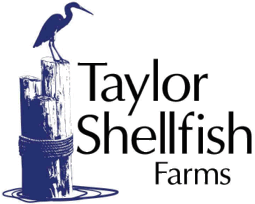 “Our idea is to find local wines for  oysters,” Bill Taylor said in a news release. “After 19 years, we are pleased to see a clean-finishing wine style emerge that restaurants and oyster lovers recognize and appreciate. It adds to the culture of oysters.”

The competition, judged by 39 food-and-wine experts along the West Coast, began in March. Final stages were held April 23 at the WaterGrill in Los Angeles, April 24 at Kuleto’s in San Francisco and April 25 at Anthony’s HomePort on Shilshole Bay in Seattle.

Each wine was tasted blind with at least one Kumamoto oyster. Judges were instructed to slowly chew the oyster, then taste the chilled wine. Judges seek wines with a crisp, clean finish that won’t get in the way of the next oyster. The competition not only identifies suitable wines, but it also helps restaurant staff along the West Coast better serve the growing numbers of customers who enjoy oysters on the half shell.

“We are thankful to have this competition,” said Lane Hoss, vice president of marketing and beverage director for Anthony’s Restaurants.