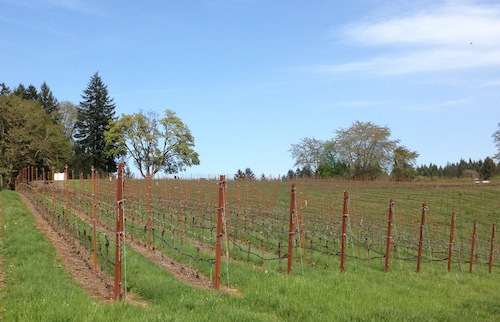 The 10-year-old wine producer has added another vineyard to its Pacific Northwest holdings, purchasing Yamhela Vineyard in Oregon’s Yamhill-Carlton AVA.

The site currently has 30 acres of vines planted, and David Minick, Precept’s vice president of vineyards, said the company plans to expand this to 120 acres in the next five years. The original vineyard was planted in 2007. The entire property is 374 acres in size and originally was envisioned to include vineyards, timber and real estate.

In Oregon, Precept also is one of the largest producers, thanks to its 12th & Maple Wine Co. in Dundee and Primarius label. It also owns Battle Creek, a 110-acre vineyard south of Salem.

And in Idaho, Precept is by far the biggest player, owning Ste. Chapelle and Sawtooth wineries and such vineyards as Skyline, the state’s largest planting spanning 400 acres.

In all, Precept has more than 4,000 acres of vines in the Pacific Northwest, making it one of the largest vineyard owners in the region.

Precept launched in 2003. The Baty family owned Corus Brands, which had such wineries as Columbia, Covey Run, Ste. Chapelle and Sawtooth. In 2001, it sold all but Sawtooth to Constellation Brands, then two years later launched Precept under the leadership of Andrew Browne, who had been CEO of Corus. Last year, Precept re-acquired Ste. Chapelle, which had been sold to Ascentia Wine Estates a few years prior.

Browne, CEO of Precept, said the latest acquisition is part of the company’s plan to continue to build for the future.

“In pursuit of being the vineyard and winery leader over the next decade in the Northwest, we will continue to develop, acquire and grow our business working from a strong foundation of Northwest vineyards and wines with powerful brand names,” he said. “We are hunting for world-class sites that support this strategy, and Yamhela is a prime example within our Oregon portfolio.”