WOODINVILLE, Wash. – The price of gasoline hit $4 a gallon in 2008, which inspired more Eastern Washington wineries to create tasting rooms in this Seattle suburb, bringing wine closer to many of their top customers. 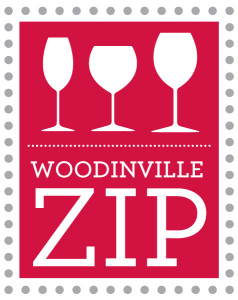 Gas is hovering around $4 again, and many of those Woodinville wineries and tasting rooms have created new incentives in hopes of turning some of their closest neighbors into devoted customers.

This week, 30 members of the Woodinville Wine Country association started providing discounts and complimentary tastings to residents of Woodinville, Redmond and Cottage Lake – those who live in the 98072, 98052 and 98077 zip codes.

Dubbed as “The ZIP Treatment,” Woodinville is the first winery association in the state to offer a program designed exclusively for nearby residents, according to Carol Munro, president of Woodinville Wine Country.

“It’s our way of inviting our neighbors to feel like they are part of the wine district themselves,” Munro stated in a news release.

Woodinville Wine Country counts 65 wineries/tasting rooms as members, so about half of the group is participating in the ZIP program at launch. Among the participating wineries is Forgeron Cellars, which is based in Walla Walla and opened a tasting room in Woodinville last summer.

“It seemed like a no-brainer and a great way to get people to see us as well as the other wineries,” said Anne Hull, who manages Forgeron’s tasting rooms on both sides of the Cascades for owner/winemaker Marie-Eve Gilla. “We’re there, and we want to participate in everything that we possibly can.”

Forgeron also is among those who want residents in Woodinville to get the opportunity to meet the winemaker, even if the vintner lives on the other side of the state.

“We’re trying to do something special with her every month in the tasting room over there (in Woodinville),” Hull said. “This weekend, it’s the 100 Perfect Pairings event with Chef Jill (Silverman Hough) from Napa, and we have the space to do that. And we’ve got a nice deck and the weather is going to be gorgeous.”

To receive ZIP benefits, patrons must identify themselves and display their driver’s license at the participating winery or tasting room. Discounts and promotions differ from winery to winery. For example, at Forgeron, locals receive two tastings for the price of one on Fridays.

Hull wondered if a similar concept might work in Walla Walla during the shoulder season.

“Getting the locals to come out in the wintertime probably does have some merit,” she said. “Sometimes you just have to nudge them a little bit and remind them we’re your neighbors.”

Several wine regions in Washington state have established year-round incentive programs. The Spokane Winery Association continues to promote its “corkage-free” program with more than a dozen participating restaurants. If a guest brings in a bottle and presents the same-day receipt showing it was purchased at a Washington winery, then the restaurant will waive the corkage fee for that bottle. Downtown Yakima established a similar program, which required a legislative revision, several years ago.

This summer, Woodinville Wine Country plans to go beyond the ZIP promotion. There will be a wine garden at Celebrate Woodinville’s summer concert series to introduce and encourage nearby residents to visit the wineries.