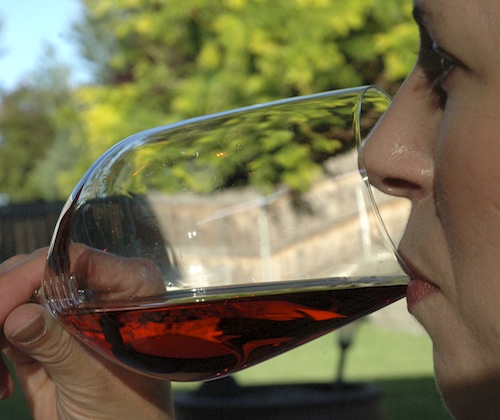 Riedel glasses are designed for specific wines and are considered the top wineglasses in the world. (Photo by Andy Perdue/Great Northwest Wine)

WALLA WALLA, Wash. – The world’s most famous wineglass maker will be coming to one of the Walla Walla Valley’s top wineries.

Georg Riedel, 10th-generation glassmaker who has created an industry with wine glasses tailored to different types of wine, will demonstrate his Riedel glasses at Pepper Bridge Winery on June 22 during the final day of Celebrate Walla Walla Valley Wine.

The seminar will take place from 11 a.m. to 12:30 p.m. and will cost $80. Those attending will take home a set of the Riedel Vinum XL glasses used in the seminar. The set normally retails for $90.

Riedel has designed dozens of glasses meant to enhance the enjoyment of different types and styles of wine. For example, Riedel has a glass for Pinot Noir, as well as a glass designed to specifically improve the aromas and flavors of Oregon Pinot Noir.

The company also has designed a stemless glass called the “O” tumbler that is meant for active living. It also has a line of glasses meant to enhance spirits such as tequila, brandy, grappa and martinis. It also makes water glasses and decanters.

The Riedel dynasty began in 1678, when Johann Christoph Riedel was born. He was in the trade of luxury glass goods and traveled throughout Europe. Claus Riedel, Georg’s father, was the first to produce stemware specific to wines when he introduced his “Sommeliers” glasses in 1973.

Georg’s son, Maximilian, is the 11th generation of Riedels to make glass. Max came up with the stemless “O” series. Today, he is CEO of Riedel. The company is based in Austria. It now owns Spiegelau, which at one time was its biggest rival in the luxury wineglass market.