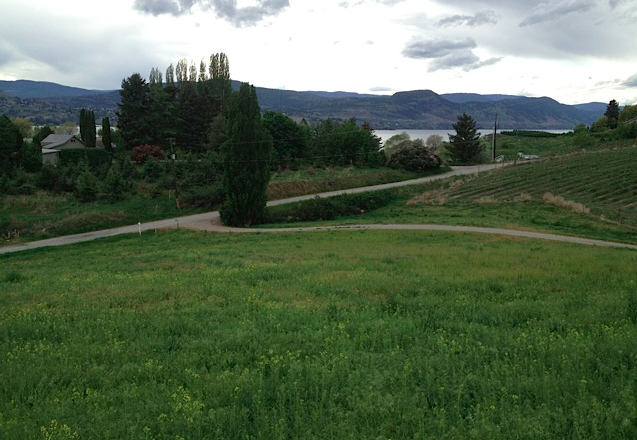 Bella Wines will have Chardonnay planted at its new home on British Columbia’s Naramata Bench near Penticton. (Photo courtesy of Bella Wines)

NARAMATA, British Columbia – Sparkling wine producer Jay Drysdale has another reason to celebrate this year as he formally announced Thursday that Bella Wines is moving to the Naramata Bench.

Drysdale and his wife/co-owner Wendy Rose completed their purchase of 4 acres near the town of Naramata and along the north end of some of the Okanagan Valley’s most prized vineyard land. They plan to plant Chardonnay and Gamay as well as develop.

“I don’t think, as a society, we drink enough bubbles, and I don’t think we celebrate life enough,” he said. “Bubbles are really easy to screw up, and for me, they showcase the terroir better than still wines.”

Bella Wines are made with Okanagan Valley fruit, bottle fermented, hand-riddled and hand-disgorged crowned capped. The move also will allow Drysdale, 40, to work more closely with his wines. The first two vintages of Bella – 2011 and 2012 – were made nearly directly across Okanagan Lake in Summerland at Okanagan Crush Pad while he lived in Vancouver.

The transition to life on the Naramata Bench incluces starting his wines at nearby Upper Bench Estate Winery with consulting winemaker Gavin Miller.

“Once in the bottle, I can have everything else done here,” Drysdale said. “I’m shooting for our liquor license and tasting room by next summer.”

Earlier this year, the young brand showed its merit as the Bella 2011 Sparkling Chardonnay from the Okanagan Valley earned Best Sparkling Wine at the Great Northwest Wine Competition.

He’s looking forward to similar projects on the Naramata Bench, where his nearest winery neighbor is Nichol Vineyard.

“There are lots of vineyards past us, including Paradise Ranch,” he said. “Kettle Valley and Laughingstock maintain or source grapes from around here – micro-growers, I like to call them. There are lots of 5-acre plots.

“We’ll be either the last one on the bench – or the first one. Of course, we recommend that people always start their wine tasting here in Naramata with bubbles. That makes for an easy and straight drive back toward Penticton,” he chuckled.

“That got our feet wet and got us excited about making wine,” Drysdale said, who went on to earn an enology and viticulture certificate from Washington State University.

“She would have been really happy here,” Drysdale said. “There’s lots of room to roam and lots of orchard trees.”