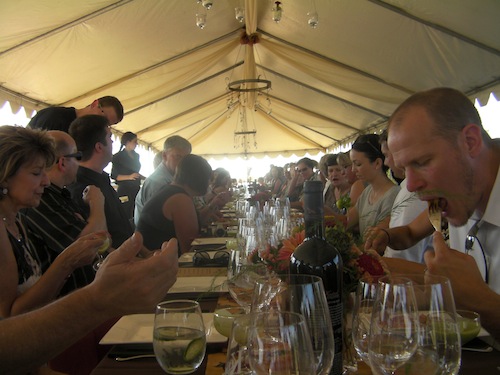 Kestrel Vintners put on ‘The Big Night’ last year, an extravaganza of food, wine, song and more amid its estate vines north of Prosser, Wash.

PROSSER, Wash. – Kestrel Vintners is bringing the magic for another Big Night.

Last year, the Yakima Valley winery created an event like no other. It gathered some of the state’s top chefs and dropped them in its estate vineyard to put on a great party.

The Big Night was modeled after a 1996 movie by the same name staring Tony Shalhoub, Stanley Tucci, Isabella Rosselini and Minnie Driver. Unlike the end of the film, however, there will be another Big Night at Kestrel.

“It was more of a happening than just a formal event,” said J.J. Compeau, Kestrel’s general manager. “A lot of emotions came out for a lot of people. They were just blown away.”

The food preparation was led by Armandino Batali, owner of Salumi Artisan Cured Meats in Seattle (and father of celebrity chef Mario Batali), and Jessica Smith, Kestrel’s executive chef, who were joined by a host of others, including Dan Thiessen, director of Walla Walla Community College’s Wine Country Culinary Institute, and Roy Breiman, author and chef at Cedarbrook Lodge near Seattle. Compeau and Felicia Darwen, Kestrel’s concierge, organized and pulled off the event.

A highlight of last year’s Big Night event at Kestrel was a timballo, which is a baked Italian pasta dish that was central to the movie’s plotline. 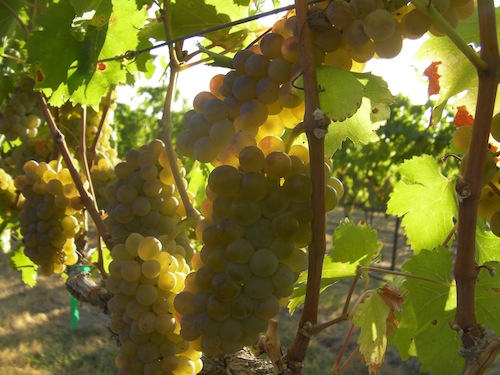 Compeau said this year’s Big Night will expand from Italian cuisine to the entire Mediterranean, including Greece, Morocco, Italy and Lebanon.

“This is definitely going to be bigger than last year,” Compeau said. “The chefs will be able to play with different countries and cultures, which will showcase the diversity of our wines, as well.”

Compeau said one chef will be making dolmas – a Middle East specialty – using grape leaves from Kestrel’s vineyards. Kestrel also grows its own vegetables for the culinary program led by Smith, and other chefs will use fresh ingredients from regional farmers.

“We want to show that the food program in the Yakima Valley is just as good as anywhere else,” Compeau said.

This year’s Big Night will begin at 3 p.m. and run until sundown. Kestrel will provide shuttle service from the Courtyard Marriott in Richland and the Horse Heaven Inn in Prosser.

Cost is $200 for wine club members and $250 for nonmembers. Compeau said he has room for 120 people. More than half the seats already are sold.