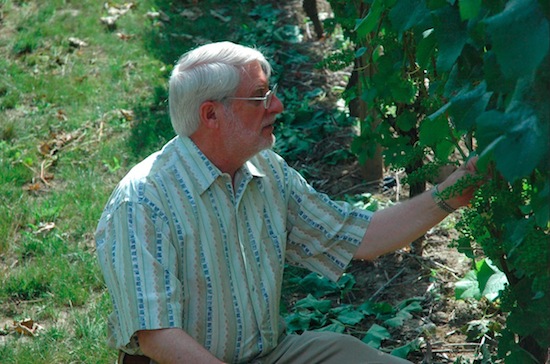 NEWBERG, Ore. — Adelsheim Vineyard, one of Oregon’s legendary Pinot Noir and Chardonnay producers, announced today it will begin distribution into Canada and the United Kingdom.

“While we currently sell almost everything we make in the U.S., we aim to increase our international sales to 10 percent by volume within the next five years,” Catherine Douglas, Adelsheim’s manager of export sales. “The purpose is twofold – one, to build a broader reputation for our wines and two, to solidify the international recognition and perception of wines from Oregon.”

Adelsheim Vineyard was established in 1971 and has grown to include 11 vineyards spanning 229 acres throughout the Willamette Valley. A recent expansion of the winery has created a capacity for an annual production of 40,000 cases, and this latest deal means Adelsheim Vineyard will grow its market beyond the 10 countries it already exports to.

Mark Anthony Brands will represent Adelsheim nationwide in Canada. The privately owned importer and distribution company was founded in 1972 by Anthony von Mandl, who launched Mike’s Hard Lemonade in the United States and developed the showpiece Mission Hill Family Estate in Kelowna, British Columbia. He also sits on the board of directors for Long Shadows Vintners in Walla Walla, Wash.

Independent wine merchant The Sampler will import Adelsheim wines in to the UK.

The Sampler handles more than 1,500 wines from throughout  the world and has 80 wines available to sample in both of their shops. They are part of the Vindependents Group, set up in 2010 as a collective of small, independent wine merchants who also will stock Adelsheim wines.