CARLTON, Ore. – Wineries in the Yamhill-Carlton American Viticultural Area will now be able to use bottles embossed with the name of the AVA.

“We are excited about the opportunity to further promote the great brand of Yamhill-Carlton,” said Ken Wright, owner and winemaker for Ken Wright Cellars in Carlton.

“This is one of the first AVA-specific bottles in the United States and, to our knowledge, the first of any major Pinot Noir appellation in the world.”

The bottles are being manufactured by Verallia in Seattle and distributed by Tricor-Braun in Vancouver, Wash. Verallia is the largest manufacturer of wine bottles in the United States.

Yamhill-Carlton one of 6 AVAs in Willamette Valley

Yamhill-Carlton is one of six small AVAs in the northern Willamette Valley, along with the Dundee Hills, Ribbon Ridge, Chehalem Mountains, Eola-Amity Hills and McMinnville. While the other five small appellations focus on a single hill formation, Yamhill-Carlton is unusual because it takes in multiple hillsides in a horseshoe shape that encircles a valley that contains the towns of Yamhill and Carlton. 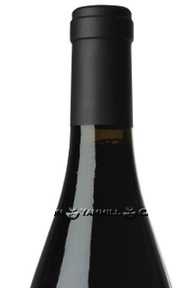 The new bottle is a traditional thick-neck Burgundy-style bottle, though it will weigh 660 grams, which is lighter than a typical premium Pinot Noir type of bottle. Both the lighter weight and the regional manufacturing make the bottle more environmentally friendly.

“Lots of wine bottles today are imported from Europe, China or Mexico,” said Gillian Brennan of Tricor-Braun. “But the Yamhill-Carlton Winegrowers were committed to finding a domestically produced solution, and we’re thrilled that Verallia rose to the challenge.”

The first wineries to use the new bottle will be Ken Wright Cellars, Stag Hollow Wines, Lazy River Vineyard, Ghost Hill Cellars, Asilda Winery, Wild Aire Cellars and Roots. Some of the wineries already have bottled wines in the new embossed bottles and will begin releasing those wines this fall.