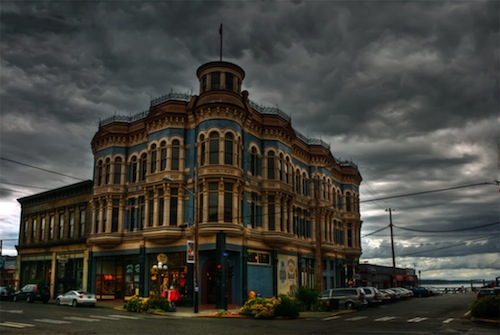 Port Townsend, a historic town on the northern Olympic Peninsula, has attracted Lullaby Winery from Walla Walla, Wash. (Photo via Flickr/click for credit)

PORT TOWNSEND, Wash. – A Walla Walla Valley winery has relocated to this Victorian town on the northern Olympic Peninsula.

Port Townsend, a harbor town that traces its history back to the 1790s, is almost as far away from Washington’s vineyards as possible, but it is home to Virginie Bourgue, a longtime Washington winemaker who owns Lullaby Winery.

Bourgue, who has worked for such wineries as Chateau Ste. Michelle, Bergevin Lane and Cadaretta, said she moved closer to Seattle because she self-distributes her 700 cases of annual wine production.

“I did not want to live in the city, so I went to the peninsula because it is really appealing,” she told Great Northwest Wine. “The elements here are in harmony. It reminded me of my childhood.”

Bourgue was raised in Bonnieux, in the south of France. She worked in Provence, the Loire Valley and Champagne before emigrating to the United States in 2002. She joined Bergevin Lane in Walla Walla in 2003. Three years later, she left Bergevin Lane to start Lullaby Winery and craft highly regarded wines for Cadaretta.

Bourgue left Cadaretta in 2010 to focus her energy on Lullaby Winery, which was beginning to enjoy critical and consumer acclaim. In 2011, she moved to Port Townsend, though she kept her production at Artifex, a winemaking facility in Walla Walla. During that time, she also was a consulting winemaker for Olympic Cellars near Sequim, about 30 miles to the west of Port Townsend.

Lullaby Winery to be open by appointment 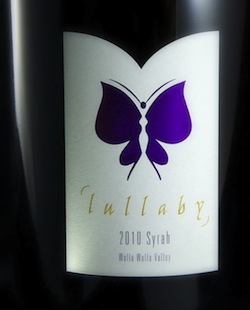 During last fall’s harvest, Bourgue was able to find a suitable production facility near Port Townsend and now will move her entire operation to the Olympic Peninsula. Because she is a one-person company, she will not have a tasting room with regular hours, though she will be open by appointment for individuals and small groups.

Bourgue, who makes eight different wines, said she hopes to be able to serve small bites of food with her wines because she wants visitors to experience a more complete food-and-wine experience.

Though Port Townsend is several hours’ drive from the Columbia Valley and its vineyards, it is in a wine destination region. Lullaby will join eight other wineries on the northern Olympic Peninsula. Another seven wineries are on Bainbridge Island, less than an hour to the south. And a handful of others are scattered along the southern Olympic Peninsula and among the San Juan Islands.

“Port Townsend is a destination on its own,” Bourgue said.

Indeed, the county seat and only incorporated city in Jefferson County has long been a destination not only for its natural beauty but also its quaint downtown shops and storied past. Fort Worden State Park, on the outskirts of town, served as the location for the filming of the 1982 Oscar-winning movie, An Officer and a Gentleman.

“The peninsula might not necessarily be recognized yet for wine, but there are tremendous foods and ingredients to be enjoyed,” she said. “It really represents Lullaby well because of its lifestyle.”