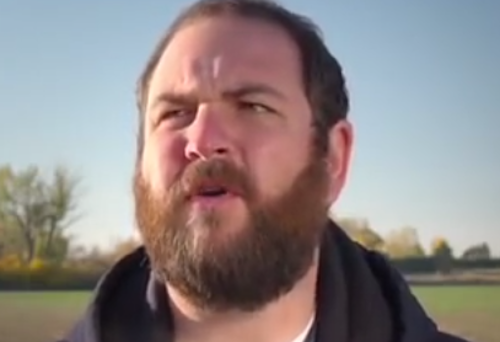 The Idaho Wine Commission has released a YouTube video that pokes fun at itself and the potato industry.

BOISE, Idaho — California has Paso Man. Washington has The Recommendeuer. And now Idaho has come out with a hilarious video that pokes fun at its famous potatoes while also promoting its scrappy wine industry.

“Oh my god, I just loved it,” said Jamie Peha of Peha Promotions in Seattle. “I now have an interest in going to Idaho, whereas before I did not.”

Moya Shatz Dolsby, executive director of the Idaho Wine Commission, came up with the concept in August. The idea was to produce an Internet video that would facetiously point out that Idaho is about more than the wine industry – it has beautiful outdoor recreation and potatoes, too.

“I was really happy with out it turned out,” Dolsby said.

Her idea was to use Idaho’s most famous agricultural commodity and turn it on its head.

“Instead of fighting the ‘famous potatoes,’ we embraced them,” she said.

Dolsby debuted the video Thursday at “Unwined at the Movies” event, a wine tasting and showing of the wine-themed film Sideways at the famous Egyptian Theatre in Boise.

“It was amazing to see the audience laughing,” Dolsby told Great Northwest Wine.

The video cost about $7,000 to produce, and Dolsby used Boise-based actors – and some of her friends – for the video. The concept is a not typical of Idaho’s normally low-key wine industry, and that had Dolsby mildly concerned.

But wine commission members did – and so do others.

“It’s brilliant,” said Steve Burns, former executive director of the Washington State Wine Commission. “It’s just long enough and just goofy enough. And Moya has the wine quality to back it up.” 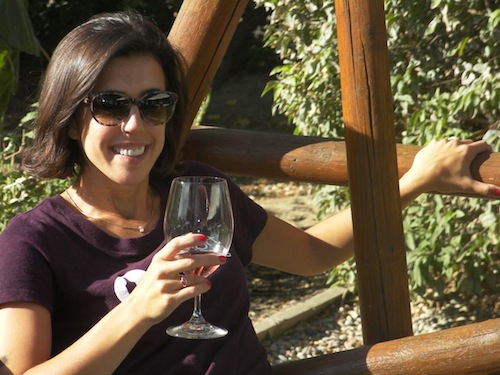 Dolsby got her start in the wine industry when Burns and Peha hired her at the Washington State Wine Commission. All have since departed the agency, but they keep in touch. Burns now owns a marketing agency in California’s Sonoma County.

Another of his protégés, Stacie Jacob, went from the Washington State Wine Commission to the Paso Roble Wine Country Alliance and was responsible for the famous “Paso Man” video that brought recognition to the central California wine region.

Paso Man has been copied, though not as well, and Burns first feared the Idaho wine video would be “another Pasco Man.” But he was happily surprised.

“It’s edgier and more real,” he said. “I just couldn’t be happier for Moya. This really deserves the attention.”

Peha, who was responsible for the first Taste Washington event in 1998 and now runs the Seattle Wine & Food Experience, agrees.

“I think Moya has done a great job of raising the profile of Idaho wine,” she said. “(The video) is not too glossy. It fits Idaho’s outdoor, down-home image. It is humorous and light-hearted. It makes Idaho wine really approachable.”

Dolsby said Paso Man was her inspiration, though she knew she didn’t want to simply copy the concept.

“Who could be our Paso Man?” she said. “A potato farmer? Maybe.”

Dolsby, who plans to use the video at trade and wine events, said she hasn’t shown the video to the Idaho Potato Commission yet.

“I’m sure they’ve seen it,” she said. “I hope they find it funny. It’s marketing for them, too – not that they really need the help.”