Political blogs in our nation’s capital are buzzing with the choice of wine for tonight’s State Dinner at the White House for French President François Hollande, and Washington state will be represented by Long Shadows Vintners‘ 2009 Chester-Kidder from the Columbia Valley. 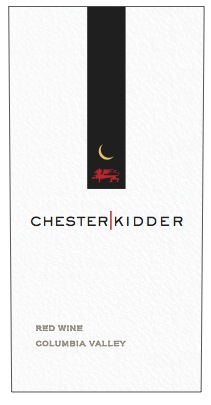 The affable and talented Gilles Nicault has overseen the production at Long Shadows from the start. And while he works alongside such world-renowned winemakers as Armin Diel (Germany), Randy Dunn (Napa), John Duval (Australia), Ambrogio and Giovanni Folonari (Italy), Philippe Melka (France) and Michel Rolland (France), the Chester-Kidder brand is a separate collaboration of Nicault and Shoup.

“Gilles Nicault was born and raised in southern France, and received his degree in viticulture and enology from a French university. And yet, he chose to move to Washington state to make wine,” Steve Warner, president of the Washington State Wine Commission, told Great Northwest Wine. “His story is a testament to the quality and international reputation of our grape growing region. We hope the French President appreciates the balanced style and food friendliness of this and all Washington State wines.”

Shoup spent 20 years at Ste. Michelle before retiring as CEO in 2000. Soon after, he developed Long Shadows and one of his first moves was to hire Nicault in 2003 from famed Woodward Canyon, where the graduate of the University of Avignon had worked seven years for Rick Small.

Nicault made wine in Champagne, Côtes du Rhône and Provence before he arrived in the Yakima Valley in 1994. He worked for Staton Hills and Hogue Cellars before landing a position with Woodward Canyon.

The first vintage of Chester-Kidder was 2002, and the blend is a tribute to Shoup’s grandfather, Charles Chester, and grandmother, Maggie Kidder.

The 2009 Chester-Kidder ($50) will be paired with Dry-Aged Rib Eye Beef served with Jasper Hill Farm Blue Cheese Crisp, Charred Shallots, Oyster Mushrooms and Braised Chard. That vintage of Chester-Kidder was a blend of Cabernet Sauvigon (50%), Syrah (28%) and Petit Verdot (17%) using grapes from Candy Mountain near West Richland, Wash., and StoneTree Vineyard on the Wahluke Slope. Production was 989 cases.

Tonight marks the fourth time a Long Shadows Vintners wine has been poured at the White House.

The 2008 Poet’s Leap Botrytis Riesling was served to China’s President Hu Jintao at a White House State Dinner in January 2011.

The 2004 Pedestal Merlot served to French President Nicolas Sarkozy in the Yellow Oval Room of the White House residence in March 2010.

The 2004 Pedestal Merlot was at a holiday dinner in the State Dining Room of the White House executive residence in December 2007.