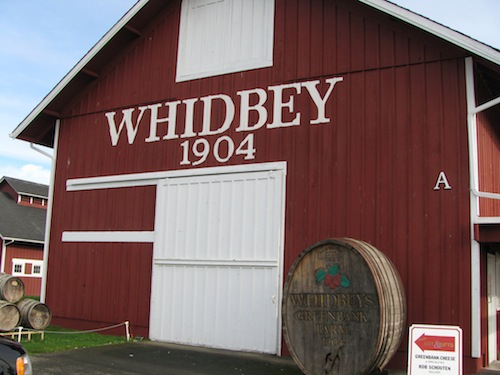 Greenbank Farm on Washington’s Whidbey Island was owned for several decades by Chateau Ste. Michelle and is the origin for the name of Whidbey’s Port, a wine still made by the company. (Photo via Flickr/click for credit)

PROSSER, Wash. – For the past 30 years, one of Ste. Michelle Wine Estates’ little-known projects is a red dessert wine called Whidbey’s Port.

The origins of this special wine that continues to persist at just a few thousand cases per year lie in the early history of Chateau Ste. Michelle.

Soon after Prohibition was repealed in late 1933, two competing wineries started in Seattle: National Wine Co. and Pommerelle. One of Pommerelle’s founders was a German immigrant named John Molz, who began producing an apple juice just before Repeal. After alcohol production was legal again, Molz and his company began producing hard cider and got into the wine business, according to The Wine Project, Ron Irvine’s history of the Washington wine industry.

In the 1940s, Molz bought Greenbank Farm, a former dairy facility on Whidbey Island west of Everett. He planted 125 acres of loganberries, ultimately making it the largest such farm in the United States at the time. Naturally, he produced a loganberry wine.

Pommerelle and National Wine Co. were fierce competitors for 20 years until Molz bought out his rival prior to World War II but kept them as separate companies until they merged in 1954 to become American Wine Growers. Molz ran the company for another 18 years until selling it to Wally Opdycke, who changed the name to Ste. Michelle Vintners. Greenbank Farm on Whidbey Island went with it. 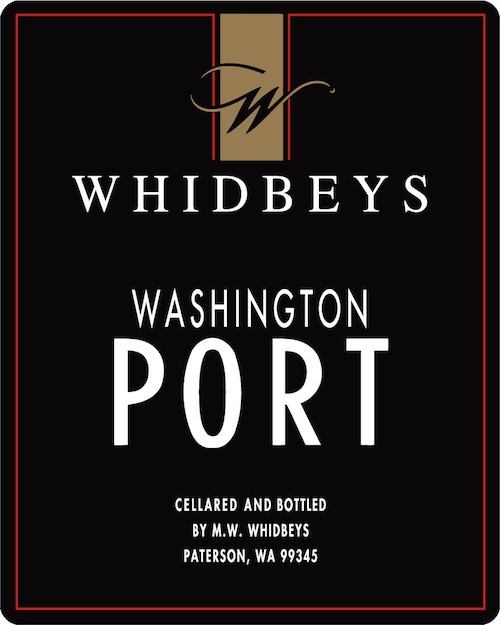 Whidbey’s Port began in 1984 and has been made by Doug Gore, Gordy Hill and now Joy Andersen.

In 1984, the company decided to create a new product, and Doug Gore, a young winemaker who was overseeing production at the new Columbia Crest winery, was tapped to produce a Port-style wine. Ports are made by adding brandy or other spirits to a wine partway through fermentation, resulting in a sweet, high-alcohol wine.

The first Whidbey’s Port was made with Cabernet Sauvignon from Ste. Michelle’s Cold Creek Vineyard, north of the Yakima Valley town of Sunnyside. Gore said he used a bit of Grenache in 1985 and 1986.

“Making that Port the first time was nerve-wracking,” Gore told Great Northwest Wine. “It’s a little touchy. You want the right amount of alcohol and sweetness in the wine.”

Gore even called his old mentor from California for tips.

“He encouraged me to do it and told me how,” Gore said. “He warned me that the first time you do it, you won’t sleep – and he was right. It’s fun, it’s interesting, and I enjoyed the heck out of making it.”

In early 1987, Ste. Michelle announced plans to also make a loganberry liqueur. It built a facility and visitors center in Greenbank at the loganberry farm. The liqueur was produced for about a decade and could be found for sale at Columbia Crest into the early 2000s.

By the mid-1990s, producing the loganberry liqueur was no longer sustainable. In 1997, Ste. Michelle sold the farm to the Port of Coupeville, Island County and the Nature Conservancy, according to the South Whidbey Record newspaper.

Today, Greenbank Farm is an agriculture training center and uses a dairy barn that was built when the farm was established in 1904. Ste. Michelle’s tasting room now is the Greenbank Farm wine shop, which sells locally made wine, as well as Whidbey’s Port and two loganberry wines – a table wine and a dessert wine – made by Pasek Cellars in Mount Vernon. 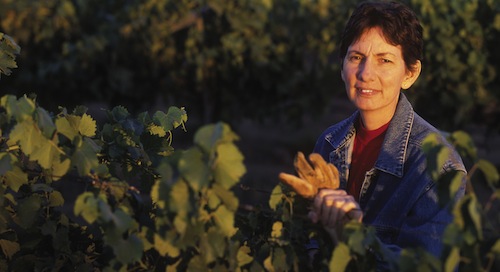 By 1987, production for Whidbey’s Port moved to Ste. Michelle’s Grandview facility, where it was made by Gordy Hill, who later was the winemaker for Northstar. Hill made the wine until he left the company around 2006, when it was taken over by Joy Andersen, head winemaker for Snoqualmie Vineyards.

Andersen, who has worked for Ste. Michelle since 1981, no longer uses Cold Creek Cabernet Sauvignon for the Whidbey’s Port – that fruit is too valuable as part of Chateau Ste. Michelle’s red wine program. But Cabernet Sauvignon remains an important part of the wine, taking up to 90 percent of the blend. The rest, she said, often includes Syrah, as well as some traditional Port varieties, including Touriga Naçional, Tinta Cão and Souzão.

“I like to base it with Cabernet Sauvignon because that’s where we get the tannin structure,” she said. “I really like blending that little bit of Syrah, which helps the fruit pop. I don’t have enough of the Port varieties to do it all.”

However, in 2009, she produced 120 cases of a Whidbey’s Reserve Port – perhaps a first for the company – using all Souzão grapes.

For many years, the company purchased the brandy, but it began distilling its own spirits in 2008 at the Snoqualmie facility in Prosser. The winery, not far from Desert Wind Winery, has since been converted to 14 Hands Winery and Snoqualmie production was moved to Columbia Crest in Paterson – about 30 minutes to the south. But Andersen still manages the Prosser facility while also overseeing Snoqualmie’s production.

The wine is fermented in Prosser, but it is aged, bottled and stored in Grandview, just a few minutes’ drive up the Yakima Valley.

Andersen produces about 3,500 cases of Port per year, though she didn’t produce any from the 2013 harvest. The wine is aged in barrel for two years before being bottled. It is sold for about $15 per 750 ml bottle and is available at Columbia Crest, Chateau Ste. Michelle and many wine shops and liquor stores throughout Washington.

Andersen describes Whidbey’s Port as one of the most gratifying parts of her job.

“I enjoy making it, and the crew does, too,” she said. “It’s something different in the middle of everything. The whole crew gets involved, and it’s one of the chores we all want to take part in. It’s definitely fun to be part of this legacy.”