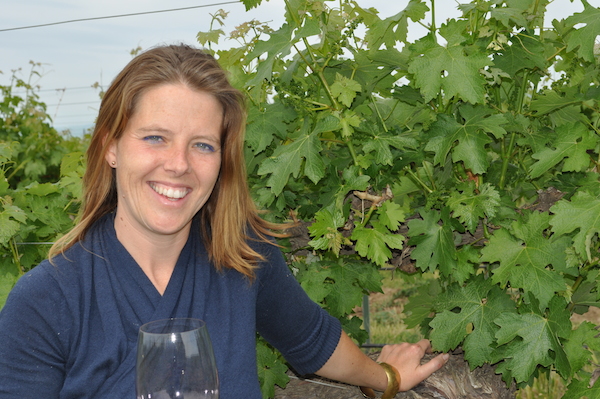 Ashley Trout, winemaker for Flying Trout, relies on the winery’s estate Windrow Vineyard for her Malbec from the Walla Walla Valley. (Photo by Jan Roskelley/Courtesy of Flying Trout)

MILTON-FREEWATER, Ore. — Ashley Trout enjoyed the rush of being back on the job Monday, but the winemaker for Flying Trout Wines in the Walla Walla Valley needed a little boost of caffeine before heading home for the day.

The hook of winemaking tugged greatly on Trout, who is back working after taking a year off following the birth of son Raleigh, the second child for Trout and husband/winemaker Brian Rudin.

“I thought my odds of being a stay-at-home mom for 18 years were zero, and everyone who knows me knew that, but I thought I would be able to take a step away from it for more than 12 months,” Trout said. “Thought it would be two years, but I couldn’t stay away.

“I missed having that creative outlet. I missed having that adrenaline rush that you get from battling and working with Mother Nature when you work with wine. There’s a thrill and creativity to it, and I missed that visceral experience. Being a winemaker is a way to experience daily life in a much more thought-provoking way. You are constantly tasting and constantly thinking.” 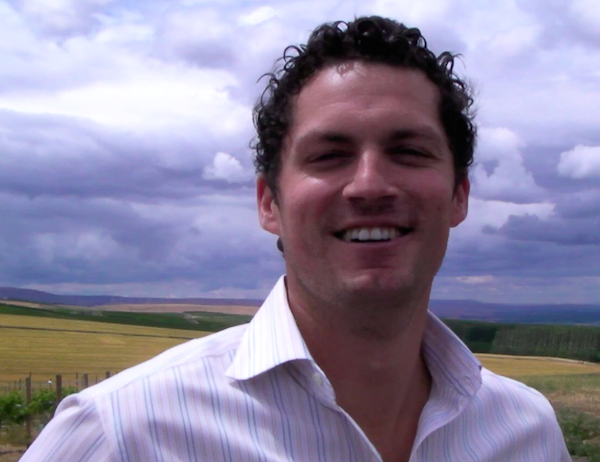 Trout’s family life got a bit more complicated and exciting when Rudin left Cadaretta and Buried Cane to take over the Canvasback project in Walla Walla for Napa icon Duckhorn Wine Co.

“Brian and I are both extroverts. We’re pretty independent people, and Walla Walla is such a small town,” Trout said. “Four nights a week, we have either a fellow winemaker or fellow wine industry person over for dinner, so even though I wasn’t making wine, I wasn’t sent off to Napoleonic exile or anything like that.”

Trout has been a part of the winemaking scene in the Walla Walla Valley since 1999, when on a lark she took a part-time job at Reininger Winery as a freshman at Whitman College.

Five years later, she launched Flying Trout, and few winemakers travel as much as this native of Washington, D.C., who hung out with the children of diplomats and spoke Spanish before learning English as a child. Her brand spotlights Malbec, which she makes both in the Walla Walla Valley and Mendoza, Argentina. The continuing two-hemisphere passion for this admitted “A-D-D” winemaker began after a devastating rock climbing accident left her in a wheelchair and unable to work grape harvest in Walla Walla. Click here for her radio interview with Arizona talk show host Zara Larsen. 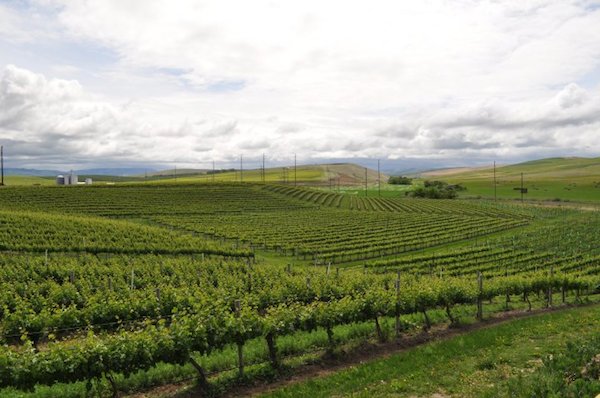 Windrow Vineyard in the Walla Walla Valley near Milton-Freewater, Ore., was planted in 1981. (Photo by Jan Roskelley/Courtesy of Tero Estates)

Production for Flying Trout runs at about 800 cases per year, and she leans heavily on Windrow Vineyard in Milton-Freewater, Ore., the pearl of Tero Estates.

“Windrow is the oldest commercial vineyard in the Walla Walla Valley, and I get to steal the Malbec for Flying Trout,” she said.

Trout’s return to winemaking this spring also means more stability for the growing wine company started by Doug Roskelley and Mike Tembreull. They purchased Flying Trout in 2010 and last year added Waters Winery and 21 Grams from Greg and Pam Harrington of Gramercy Cellars. Roskelley will return to focusing on the Tero Estates portfolio, the 25-acre Windrow Vineyard and a new winery facility in Walla Walla. Jamie Brown will continue to oversee Waters and 21 Grams while being based in Seattle.

“We couldn’t be more excited to bring Ashley back to our team,” Roskelley said in a news release. “We have been growing rapidly over the past year and achieving great levels of critical and personal success, but her return will help our winemaking team ensure that all of our brands are properly focused and refined.”

There’s hope to expand production of Flying Trout as things continue to change around her, said Trout, who also works on the Tero Estates wines. Both are made at Roskelley’s winery in Milton-Freewater and poured at the tasting room they share at the Marcus Whitman Hotel in Walla Walla, however they are building a new winery for Flying Trout, Tero and Waters on Peppers Bridge Road near Amavi Cellars. 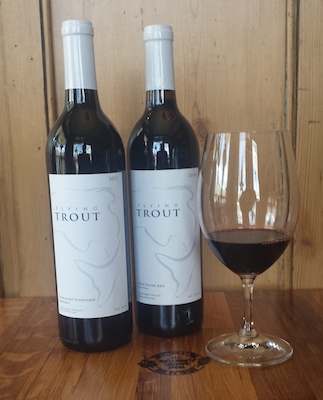 “There are a lot of balls in the air right now, and there will be more news in the next six months,” she predicted.

Juggling winemaking and family is something Trout, who played varsity tennis at Whitman, has become more accomplished at starting with the 2011 harvest, which she worked not long after giving birth to Alice.

“I learned some lessons with her, and I learned that I needed to do just one thing well,” Trout said. “I was not proud of myself on either end, as a winemaker or a mother. It was just so exhausting and not really fair to her, so I wanted to do a better job this time.”

Rudin’s new responsibilities with Duckhorn have the couple looking at their calendars and trying to map out family duties.

“We are taking it one day at a time,” she said.

There likely will come a time, Trout said, when she again approaches friends Amy Alvarez-Wampfler of Sinclair Estate Vineyards, Marie-Eve Gilla of Forgeron Cellars or consultant Ali Mayfield with a question about juggling winemaking and motherhood.

“I tend to run into Marie-Eve more often, and I’ll ask her how she does it,” Trout said. “She answers in this very fantastically French manner and goes ‘Poof!’ with her hands and says, ‘What the hell? You just go with it! It will work out.’ “