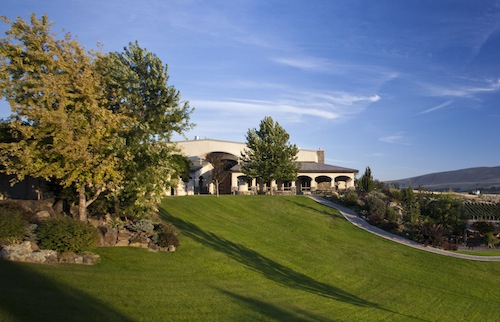 Editor’s note: This is the seventh in an occasional series on destination wineries of the Pacific Northwest.

BENTON CITY, Wash. — Were it not for one last look at Washington wine country, Keith Pilgrim might have ended up building one of the most beautiful wineries in Paso Robles, Calif.

Instead, the California native came to the heart of Washington wine country and created one of the most amazing destination wineries in the Pacific Northwest.

In the early 1990s, Pilgrim and his wife, ReNae, were looking for a place to get into the wine industry. Napa was too expensive, so they headed to Paso Robles, in California’s Central Coast region. Pilgrim had studied wine and geology at the University of California-Davis and was inclined to stay close to family in California wine country.

They selected a site in Paso Robles and were ready to sign the dotted line to make it official in early fall 1992, but Pilgrim wanted to take one last look around. He came to Red Mountain and tasted some of the fruit from there. From that experience, he became convinced that Red Mountain should be their home.

The Pilgrims purchased land in late 1992 and almost immediately began developing the property. They added roads and wells in 1993, then planted their first 40 acres of grapes. That fall, they purchased grapes for their first crush for Terra Blanca Vintners. By 1997, Pilgrim harvested and crushed his first estate grapes. 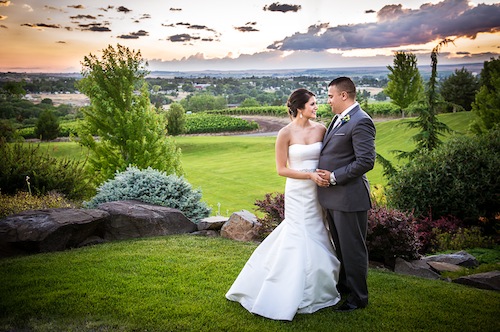 In addition, the Pilgrims have created a stunning Tuscan-inspired winery that is as beautiful as any winery in Washington. It provides amazing views of Red Mountain and the lower Yakima Valley. An enormous courtyard is perfect for outdoor events, while outdoor seating is a great setting for contemplating the sheer beauty of Washington wine country. Inside is a beautiful and tasteful tasting room, as well as an event facility that can accommodate up to 300 guests.

Hungry? Terra Blanca’s Cafe Orsa is open from 5 to 9 p.m. on Fridays and noon to 5 p.m. on Saturdays.

Terra Blanca also offers two types of experiences if you want something a bit more in-depth than a simple tasting.

The first is a vineyard walk that includes tours of the vineyard, winemaking facility and the caves where barrels of red wine age. The tour concludes with a tasting of the Arch Terrace wines. The cost is $15 per person and is by appointment.

The second is a wine-and-cheese tour and tasting. It is for small groups and includes a guided tour through the winery, barrel caves and hidden spots in and around the winery. A special tasting of Terra Blanca wines paired with artisan cheeses brings everything together. The cost is $25 per person.

Other activities near Terra Blanca Vintners

From Seattle: Take Interstate 90 east to Interstate 82 in Ellensburg.

From all three above locations: Take Exit 96 in Benton City and turn left. Take a right at Highway 224 (if you cross the bridge over the Yakima River, you’ve gone too far). Turn left on North DeMoss Road. Follow the road along the Yakima River for about a quarter-mile. Turn right through the iron gates at the entrance to Terra Blanca Vintners, then drive up the hill to the winery.