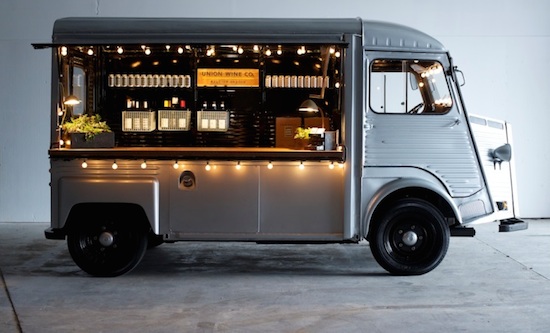 TUALATIN, Ore. — It’s fitting for Ryan Harms and his unpretentious Union Wine Co. to roll out their new mobile tasting truck on the streets of downtown Portland on the same weekend as Oregon’s exclusive and expensive International Pinot Noir Conference. 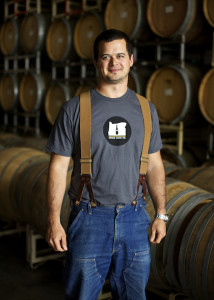 Harms, who generated headlines and raised eyebrows by offering his Underwood Pinot Noir from Oregon in an 375-milliliter aluminum can, will debut his wine tasting truck today on the corner of Southeast 33rd Avenue and Southeast Division Street.

“Whether it’s wine in a can, keg, or at the tasting truck, we’re always looking for new and accessible ways to introduce people to wine,” Harms stated in a news release. “We saw a place for wine in Portland’s thriving food cart scene and are excited to open the truck to the community.”

Union Wine Co. began in 2005, and Harms produced 110,000 cases from the 2013 vintage at his facility within an industrial complex off Cipole Road in Tualatin.

Nearby will be Artigiano, the al fresco Italian-themed food cart that Rachael Grossman developed.

Harms restored and transformed a 1972 Citroën H Van, which now includes upgrades such as wooden countertops and string lighting. His goal is for the French-manufactured truck is to make it convenient for folks to quickly park, shop and arrive home with a bottle of inexpensive Oregon wine.

Traditional shoppers can find the Underwood Pinot Noir in a can — which accounts for more than half of his 2013 production — at New Seasons, Food Front and several Whole Foods locations.

To start, the wine tasting truck will at 3302 S.E. Division St. on Fridays from 5 to 9 p.m. and Saturdays and Sundays from 1 to 8 p.m. It also is available to rent for private events, corporate functions, weddings, birthdays and parties.