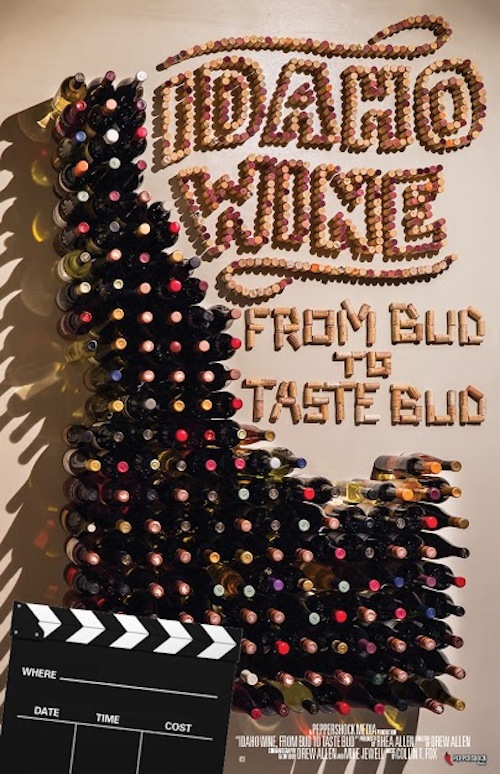 BOISE, Idaho – A new documentary is helping to put Idaho on the world wine map.

Idaho Wine: From Bud to Taste Bud debuted last week at the Sun Valley Film Festival to a strong response, and now the filmmakers are readying it for wider distribution.

Drew Allen, who made the film with his wife, Rhea, said a full house viewed Idaho Wine at its debut.

“People were happy and smiling the whole way through,” he said.

The Allens came up with the idea for the documentary about five years ago, and they spent two years filming. During the time, the industry continued to grow, and today Idaho has more than 50 wineries.

“One of the themes we wanted to get across is that the industry is very grassroots,” Allen told Great Northwest Wine. “They’re hard-working farmers. We wanted to show the side of the industry that doesn’t necessarily come through at a tasting.”

Growing up in Idaho wine country 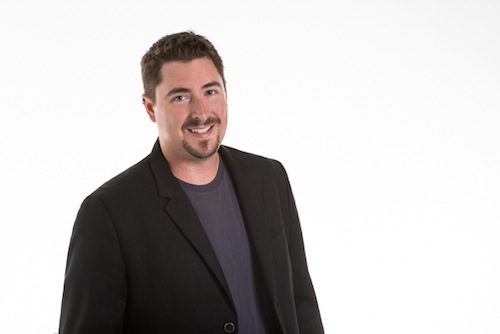 Drew Allen runs Peppershock Media in Nampa, Idaho, with his wife, Rhea. They produced a documentary on Idaho wine.

Allen grew up in the Snake River Valley town of Nampa, not far from Sawtooth Winery.

The couple started Peppershock Media in 2003, the same year they were married, with Rhea as president and CEO and Drew as creative director. Together, they and their team work on advertising, graphics and video promotions for clients.

But Idaho Wine is their own project, which they filmed and largely financed.

“We are definitely feeling support from the wine industry,” he said. “The wineries have done whatever they can to help with it.”

Now that the premiere is behind them, the Allens plan to make a few tweaks to the film and begin getting it ready to be put onto DVD and Blu-Ray. They might also submit it to film festivals in Bend, Ore., Portland and Seattle.

In a bit more than an hour, Idaho Wine tells the story of the burgeoning wine industry, going back to Prohibition, then showing through historical photos and interviews how Ste. Chapelle began in 1976. Today, Ste. Chapelle in Caldwell is the state’s largest and oldest winery.

One of the fascinating aspects of the film is a time lapse that shows the entire season of a vine, from bud break in April through harvest in October. Allen used a GoPro camera with a power adapter to film at Daniel Vineyards in Nampa. He went out every four or five days to check on the camera and change out the memory card.

“That was an aspect we hadn’t seen done before,” he said.

Because of the emerging nature of the industry, the Allens were able to include many of the state’s key players, including Melanie Krause and Joe Schnerr of Cinder Wines in Garden City; Ron Bitner of Bitner Vineyards in Caldwell; Greg Koenig of Koenig Winery in Caldwell; Bill Stowe, Tammy Stowe-McClure and Mike McClure of Indian Creek Winery in Kuna; Gary and Martha Cunningham of 3 Horse Ranch Vineyards in Eagle; and Coco and Karl Umiker of Clearwater Canyon Cellars in Lewiston.

The Umikers were prominently featured, putting the spotlight on the pending Lewis-Clark Valley American Viticultural Area.

“I was really excited about the interest that the filmmakers took,” Coco Umiker said. “I think it’s really helpful for the region. Any exposure we can get in a positive way is wonderful. The Snake River Valley region is quite a bit larger than us, so they tend to get a lot of focus. But up here in the Lewis-Clark Valley, we’re growing some phenomenal grapes.”

Looking back, focusing on future

Umiker said it’s important to document the Idaho wine industry at this time, when it is on the verge of becoming something larger and more important.

“It’s going to be interesting from the standpoint that we’re all relatively small wineries,” she said. “It’s neat to capture this moment in Idaho wine industry, when we’re growing and we have so far to grow. It will mean more to us in 20 years when we can look back and see where we were.”

Moya Dolsby, executive director of the Idaho Wine Commission, agreed. She has spent more than a half-decade at the helm and has seen the industry begin to gain traction.

Dolsby saw an early edit of the film that was about two hours long.

“I thought it was great,” she said, “but I get geeked out on anything about Idaho wine.”

She said she also learned quite a bit about the industry she leads, including some of its early history.

Dolsby already has preordered 20 copies of the film and plans to use them to introduce journalists, distributors and investors to the possibilities that await in Idaho’s growing wine industry.

“I’m still trying to wrap my head around what I can use it for,” she said. “It’s going to be an awesome marketing tool.” 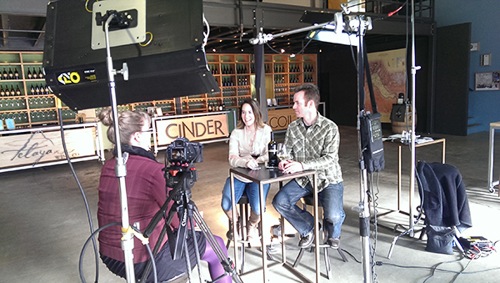 Peppershock is taking preorders now on the film and selling posters. Allen said the film likely will be released in May.

While the Allens have produced documentaries for other companies, Idaho Wine is the first they’ve done on their own.

They are open to doing more, though they might go with shorter films.

“Feature-length movies are a lot of work and take a lot of time,” Allen said with a laugh.