14 Hands Winery in Prosser has added a Sauvignon Blanc to its lineup, and it’s doing it in a big way, releasing 40,000 cases. That makes it one of the largest bottlings of the suave white grape in Washington.

The 14 Hands 2014 Sauvignon Blanc, which is available nationwide, retails for $10. It includes 8 percent Semillon, a traditional blend in France’s Bordeaux region. The grapes come primarily from the Horse Heaven Hills American Viticultural Area, as well as 25 percent from the Yakima Valley and 5 percent from the Columbia Valley. 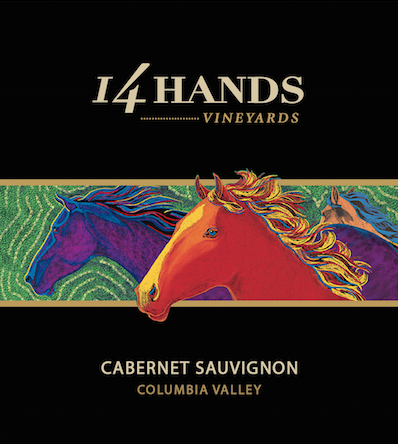 The 14 Hands story is one of the most remarkable in recent Washington wine history. It began just a decade ago as a restaurant-only label for Ste. Michelle Wine Estates. But demand for it became so strong, the Woodinville-based company turned it into a national retail brand.

Last year, 14 Hands grew to nearly 1.7 million cases, making it the Northwest’s second-largest winery – with Chateau Ste. Michelle as the top producer. It has been cited as one of the hottest brands in the United States and continues to grow at a rapid pace.

And now a large part of the Ste. Michelle wine processing is moving to 14 Hands. In 2013, the company installed 10 state-of-the-art self-emptying fermentation tanks that were crafted by Spokane Industries. Plans are to put much more capacity at the facility, in part because it’s centrally located between the Horse Heaven Hills, the Yakima Valley, the Wahluke Slope and the Ancient Lakes of Columbia Valley – the regions where the bulk of Ste. Michelle’s grapes are grown.

The 14 Hands lineup continues to grow along with production. The new Sauvignon Blanc will be the winery’s 18th wine – eight of these in the growing reserve tier.

Keith Kenison is the head winemaker for 14 Hands. Kenison, who grew up on an Oregon farm, joined Ste. Michelle in 1992. In addition to his duties at 14 Hands, Kenison continues to serve as the white winemaker for Columbia Crest in Paterson.

Thanks to its name and history related to the small wild horses that once roamed the Horse Heaven Hills (they were “14 hands” tall), Ste. Michelle’s marketing team has tied the brand to horse racing, including being a sponsor of the Kentucky Derby. In fact, its limited-edition 2012 Kentucky Derby Red ($15) earned a gold medal at the Great Northwest Wine Competition in late March.