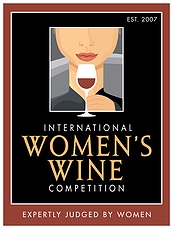 The judging, owned and operated by Vineyard & Winery Management magazine in California’s Sonoma County, uses only female judges. The wines come from wineries whose cellars are led by women and men, though the competition does provide an award for the best female winemaker.

Also winning best of class were Kendall Farms in Sunnyside, Wash., which is owned by Lisa Kendall, and Stemilt Creek Winery in Wenatchee, Wash. Stemilt Creek wines are made by Jan Mathison with her husband, Kyle, serving as the vineyard manager.

EdenVale Winery in Medford, Ore., won a unanimous double gold medal and a gold medal. The winemaker is Ashley Campanella.

Here are the complete Pacific Northwest results from the 2015 International Women’s Wine Competition.