Oregon wine production up 39 percent in 2014 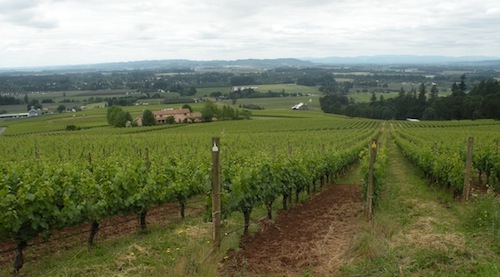 Last year’s record harvest was measured at more than 78,000 tons, according to the 2014 Oregon Vineyard and Winery Census Report issued Monday by the Southern Oregon University Research Center.

“Oregon wine enjoyed another headliner year across the board fueled by consumer demand,” Ellen Brittan, Oregon Wine Board chair, stated in a news release. “Market and sales trends continue to validate the growing acceptance of the exceptional quality wines being produced in all regions of the state.”

Download the pdf of the 2014 Oregon Vineyard and Winery Report 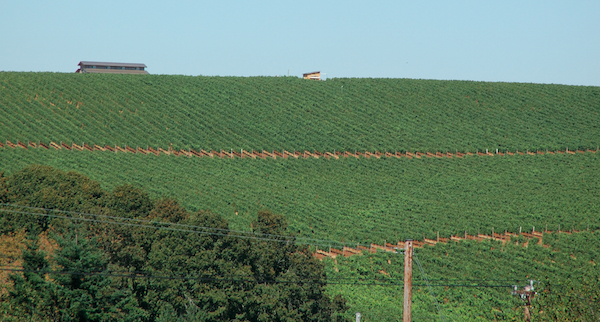 Production of Pinot Noir increased 40 percent, and it continues to dominate Oregon’s wine industry with 45,239 tons, which accounts for 58 percent of the total harvest.

Advancing interest in Chardonnay, another cool-climate grape native to Burgundy, also was reflected in the report. Production reached 3,972 tons from 1,353 acres, and increase of 1,144 tons and 40 percent as plantings expanded to 1,353 acres — a growth of 189 acres coming into production from the 2013 harvest. 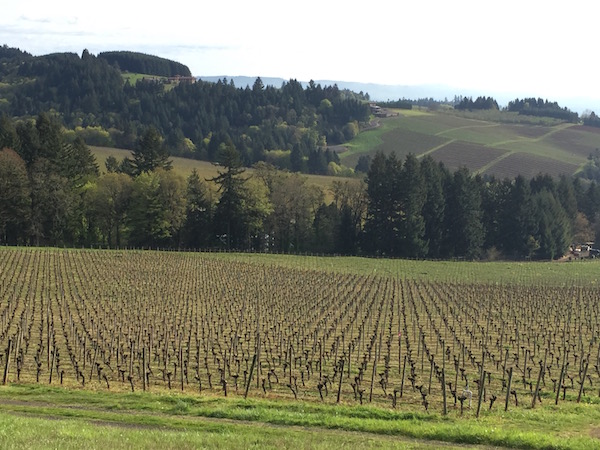 Knudsen Vineyards, Oregon’s largest planting when it was created in 1971, offers striking views of the Dundee Hills and spans 130 acres of vines. (Photo by Eric Degerman/Great Northwest Wine)

By comparison, Washington — the country’s second-largest wine producing state — harvested 227,000 tons last year from its 50,000-plus acres and 350 vineyards.

There now are 1,027 vineyards in Oregon, which represents an increase of 8 percent from 2014. And while every region of the state reported growth in production, the Northern Willamette Valley was up 41 percent over 2013. Its 591 vineyards represent 58 percent of the industry.

The Oregon Wine Board, the semi-independent state agency representing grape growers and wineries, used the release of Monday’s report to roll out encouraging marketing figures. 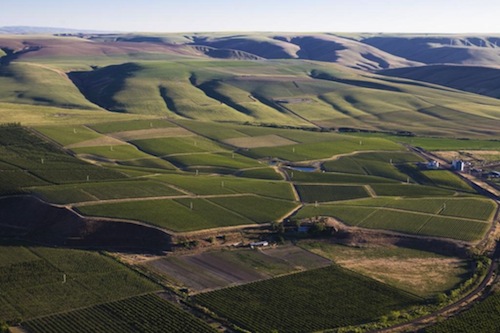 This year, sales of Oregon wine are growing at a rate of 11 percent, according to Nielsen data. That’s almost triple the national trend, and Oregon — with much of its focus on production of Pinot Noir — competes well in the wine industry’s fastest growing price point, which is $12 and up.