SEATTLE – Washington’s wine industry continues to grow at a remarkable rate, according to a new economic impact study.

The study, prepared for the Washington State Wine Commission by Community Attributes Inc. (CAI) in Seattle, indicates that the wine industry has increased in every positive measure since the last study took place in 2009.

Washington wine a distant No. 2 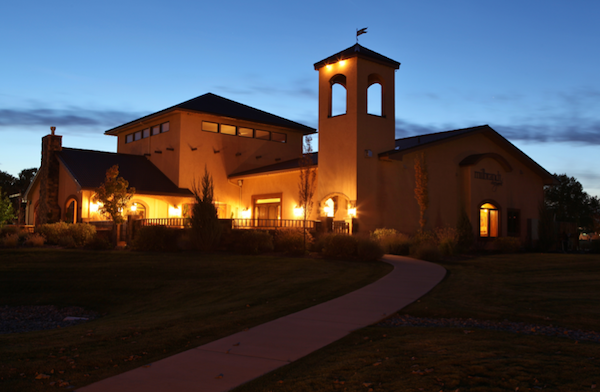 Milbrandt Vineyards tasting room is at the Vintners Village in Prosser, Wash. While Washington has grown tremendously in recent years, it still has just a small slice of the market share for wine sold in Washington. (Photo courtesy of Milbrandt Vineyards)

For at least two decades, the Washington wine industry has been No. 2 behind California. And it is a distant No. 2.

Currently, California produces about 85 percent of all the wine in the United States, while Washington is second at 4.1 percent. That’s up from 3.6 percent in 2009.

The Washington wine industry’s market share in state is 23.6 percent. This means that out of every 100 bottles of wine sold at retail locations such as grocery stores, fewer than 24 are made in Washington. Traditionally, California has a market share of 70 percent, while such wine-producing nations as France and Italy enjoy nearly 100 percent, as their residents tend to drink primarily local wines, with few outside wines being imported.

CAI indicated this is an area of opportunity for the Washington wine industry, though it cautioned that these numbers do not include direct sales to consumers from wineries, only sales through retail stores. Many small wineries sell a majority of their wines through their tasting rooms and wine clubs.

“Growth opportunities for Washington State wine sales rely on increasing market share in Washington as well as in key target markets in the U.S. and abroad,” the report stated.

New York is the No. 3 wine-producing state, and Oregon is No. 4.

Interestingly, Washington wineries sell a lot of wine outside of the state, thanks primarily to Ste. Michelle Wine Estates, owner of such wineries as Chateau Ste. Michelle, 14 Hands, Columbia Crest, Michelle Sparkling Wines and Snoqualmie.

In 2013, Washington wineries sold $659.9 million worth of wine outside of Washington. That’s up 48.7 percent from 2009. The top five winery companies for out-of-state sales were: 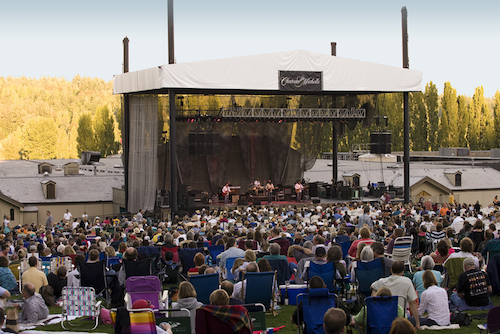 According to the report, 60.7 percent of Washington wineries have tasting rooms. Woodinville, with more than 100 wineries and satellite tasting rooms, is the No. 1 wine tourism destination, according to the report. By far the largest draw is Chateau Ste. Michelle, which is Washington’s oldest and largest winery. It reportedly draws 300,000 visitors annually, not including its popular summer concert series.

The Walla Walla Valley, with more than 100 wineries, was the No. 2 tourism destination. And its economic impact was higher because Walla Walla tends to draw many more tourists who lodge for one or more nights and spend more time in restaurants, while Woodinville tourists tend to be from the greater Seattle area and are day-trippers.

Overall, more than half of Washington’s wineries are boutique producers, making fewer than 1,000 cases of wine annually. And two out of five Washington wineries reported sales of less than $100,000 in 2014, according to the report.

The breakdown of wine company production by cases sold in 2013 were:

As was the case with the 2009 report, Benton County was the largest wine-producing county in Washington at nearly 9.5 million cases in 2013. This is thanks to such large producers as Chateau Ste. Michelle’s Canoe Ridge Estate, 14 Hands, Columbia Crest, Hogue Cellars, Pacific Rim, Hedges Cellars, Barnard Griffin, Kiona Vineyards & Winery and Mercer Estates.

Because of this, Benton County has 3,170 wine-related jobs.

The No. 2 producer is King County, thanks to Chateau Ste. Michelle’s white wine facility in Woodinville, as well as several other smaller producers. According to the report, King County made 7.2 million cases of wine in 2013 and accounted for 3,740 jobs.

Curiously, Grant County – which was the No. 2 county in 2009 – was well down the list of producers in 2013. This is despite the increased production of large custom-crush wineries such as Wahluke Wine Co., J&S Crushing and Coventry Vale, all of which are in or near the town of Mattawa on the Wahluke Slope.

The report indicated that Washington wine is expected to continue its phenomenal growth, both in vineyard acreage (which exceeds 50,000 acres) and number of wineries. It stated that at the current rate, Washington could top 350,000 tons of wine grapes harvested by 2019 – depending on weather and vineyard acreage growth.