Editor’s note: This is the 17th in an occasional series on destination wineries of the Pacific Northwest.

SPOKANE, Wash. – High above Washington’s second-largest city is Arbor Crest Wine Cellars, a winery with more than 30 years of history.

Arbor Crest launched as a Washington winery in 1982, becoming one of the first wineries in the Spokane area – and 29th in the state. The Mielke family purchased a California winery, then moved it to the family’s cherry-packing operation in Spokane. The family’s first wine was a 1982 Sauvignon Blanc using grapes from Bacchus Vineyard north of Pasco.

Two years later, the Mielkes bought the Spokane Valley estate of Royal Riblet, which became the iconic winery and setting where it is today. Arbor Crest rests atop a 450-foot cliff overlooking the valley and surrounding communities.

In 1999, the Mielkes’ daughter, Kristina Mielke-van Löben Sels, returned home to become head winemaker, bringing the longtime producer to new heights in quality. She learned her craft in California, first by earning her winemaking degree at the University of California-Davis and then working as associate winemaker for Ferrari-Carano Vineyards and Winery in Sonoma County.

Her husband, Jim van Löben Sels, joined her and runs the operational side of the business. Together, the two have taken Arbor Crest to new levels of quality and experience. In 2003, the tasting room moved out of the quaint garage and into a new, spacious facility.

In recent years, Arbor Crest has expanded its offerings by adding an event center and myriad summer concerts. As a result, Arbor Crest is one of the most-visited wineries in Eastern Washington, drawing thousands of patrons annually. Now plans are in the works to add a new winemaking facility nearby.

The Cliff House is the dominant feature at Arbor Crest. It was built in 1924 by Royal Newton Riblet, who invented the square wheel tractor, mechanical parking garage and pattern sprinkler system.

The building, a three-story Florentine-style mansion, served as Riblet’s home for more than 45 years. Riblet and his seventh wife, Mildred, welcomed thousands of guests via a five-passenger tram that spanned the Spokane River.

The Cliff House was registered as a national historic landmark in 1979, five years before it was purchased by the Mielke family.

In December 2009, an electrical fire heavily damaged the Cliff House. The Mielke family has since lovingly restored the mansion, and it now provides space for wine club members and corporate retreats. 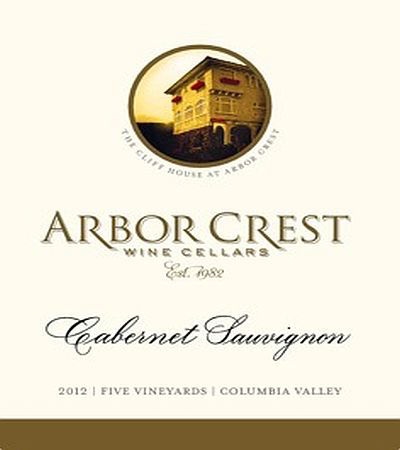 Through the years, the most famous wine from Arbor Crest has continued to be the Sauvignon Blanc. However, Mielke-van Löben Sels has used her winemaking prowess to redirect the winery into high-end red wines, including red blends, Cabernet Sauvignon, Cabernet Franc and Merlot. She also crafts such white wines as Chardonnay and Riesling.

In the past couple of years, Arbor Crest has introduced two new high-end labels: AvanSino Grand Reserve and van Löben Sels Cellars, with both of these wines available at the tasting room.

Throughout its history, Arbor Crest has stayed true to that first wine, continuing to use grapes from Bacchus Vineyard, as well as Dionysus and Sagemoor, which are all part of Sagemoor Vineyards. In addition, Mielke-van Löben Sels also sources from such properties as Conner Lee, Stillwater Creek, Klipsun and Wahluke Slope vineyards.