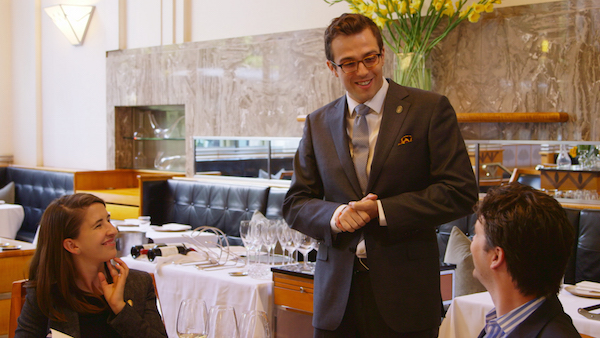 NEW YORK – Famously called “the city that never sleeps,” New York also is home to a group of wine professionals who will get almost no rest as they prepare to take the grueling Master Sommelier exam.

“It’s the city that never rests,” said Morgan Harris, one of the stars of the upcoming show Uncorked, which debuts next week on the Esquire Network.

Harris, a sommelier at Aureole – a Michelin-starred restaurant near Times Square in Manhattan – grew up in Seattle and moved to the East Coast to attend college. An interrupted acting career nudged him in the direction of wine and food, and that – ironically – is how he ended up in a television show.

We recently chatted with Harris via Skype as he walked through New York to talk about Uncorked and the business of wine.

From Seattle to New York 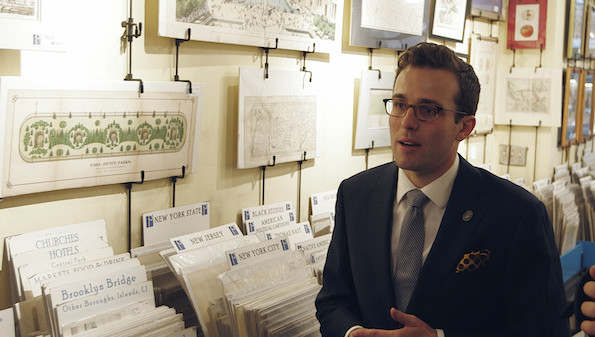 Seattle native Morgan Harris is a New York City sommelier and part of the cast of the new TV series Uncorked, which appears on the Esquire Network. (Photo courtesy of Esquire Network)

Harris was born and raised in Seattle’s Laurelhurst neighborhood, near the University of Washington.

“Growing up in Seattle was something that definitely shaped me,” Harris told Great Northwest Wine. “I loved it. I would love to move back at some point.”

After graduating from high school, Harris moved to the East Coast to study acting at Emerson, a liberal arts college in downtown Boston. After graduating, he moved to New York to pursue an acting career.

“No one makes a living as an actor in New York,” he said. “So you wind up in restaurants.”

After a handful of years as a struggling actor, Harris realized he needed a change because what he was doing was unfulfilling.

“I’d started working in restaurants, and I wasn’t going to suck at something I did for 40 hours a week, so I started to learn about wine.”

Harris had been into craft beers in college, and wine wasn’t a huge shift, and it turned out to provide much greater opportunities.

“Acting is a bunch of closed doors,” he said. “Then you come to wine, and everybody is like, ‘Come taste with us, and let’s hang out and drink wine and share it.’ It was much more horizontal and a welcoming community.”

In 2012, Harris briefly returned to Washington so he could work harvest at Waters Winery in Walla Walla. It was an experience that changed the way he looked at wine. He spent his waking hours driving all over the vast Columbia Valley to haul grapes, then working a sorting table to go through all that fruit, then hosing down the crush pad.

“I’ve always liked the physical stuff, the real work of it,” he said. “It was a real eye-opening experience to do basically everything at the winery.”

It left him not only with a sense of accomplishment, but also an appreciation for the connections between the farmer, the winemaker, the sommelier and the consumer.

“The bottle of wine is not just an object,” he said. “It’s about how it’s shared between the person who made the wine, the person who selected it and put it on the wine list and the person who’s going to drink it.”

After the success of the 2013 movie Somm, a television production company saw the opportunity to turn it into a specialized television series and filmed a pilot for it in the summer of 2014.

It might seem as though it was a long shot that Harris landed in the cast of Uncorked, but he pointed out that the pool actually was quite small. Only 65 people took the Master Sommelier test the prior year from across the United States. The TV company needed a few folks from the same geographic region, so they chose New York.

Once the pilot was shot, the Esquire Network – part of Esquire magazine – greenlit the project, and four more shows were filmed this spring. The first episode airs Tuesday, Nov. 10 on the Esquire Network, a cable channel available to about 75 million cable and satellite subscribers.

“It’s the story of the Master Sommelier exam and this crazy thing we do as wine professionals,” Harris said. “It’s a window into this weird world. You’re studying for basically what is a Ph.D while working more than 55 hours a week in a pretty physical job. That’s what makes it kind of crazy.”

In addition to Harris, the other five wine professionals who are the main cast of Uncorked are:

Harris said he is particularly pleased that Lopes is part of the cast.

“There’s a woman in the cast, which I’m happy about because I think women are really widely underrepresented in the sommelier community,” he said. “There are a lot of female sommeliers, but they’re not the ones you tend to see in the media, unfortunately.”

He also pointed out the show is more documentary than reality television.

“It’s basically the story of all of us outside of the exam and what makes us tick.” 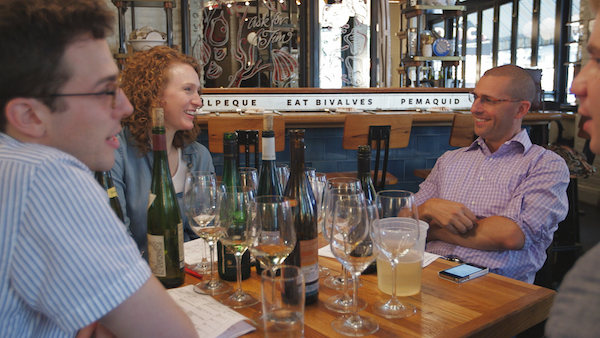 From left: Morgan Harris, Jane Lopes, Josh Nadel and Jack Mason are part of the cast of the Esquire Network TV series Uncorked, a documentary about six wine professionals preparing for the Master Sommelier exam. Photo courtesy of Esquire Network)

Harris works in New York, which is the largest wine market in the United States (which is the world’s largest wine-consuming country). New York and the rest of the East Coast have a reputation for focusing on Old World wines, but that doesn’t keep Harris from thinking a lot about his home team: Washington.

“The Washington wines we get here are interesting,” he said. “We see a lot of the very blue-chip properties: Leonetti, Doubleback, Betz.”

He is quite excited about the Rhône-style wines coming out of Washington, as well as other out-of-the-mainstream varieties.

He said he recently opened a bottle of Washington Counoise – a relatively obscure grape from the Southern Rhône Valley – from the Horse Heaven Hills.

“Counoise is a D-list Châteauneuf-du-Pape blending grape, but it was genius,” he said. “It was a great wine.”

He also is a big fan of Syncline Wine Cellars‘ Grüner Veltliner from the Washington side of the Columbia Gorge – “one of the best wines I’ve tasted domestically anywhere in the United States,” Harris said.

And while Washington wines are highly respected by New York wine professionals, Harris said they must find a way to stand out amid the myriad wines and regions available.