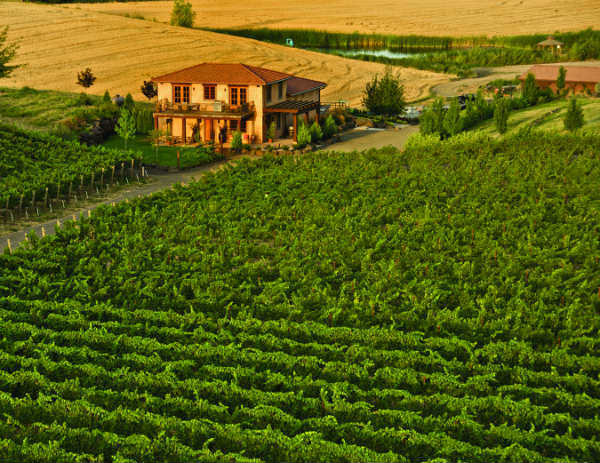 Va Piano Vineyards is in the southern Walla Walla Valley and is owned by Justin and Liz Wylie. The winery is opening two satellite tasting rooms this spring: one in Spokane and one in Bend, Ore. (Photo courtesy of Va Piano Vineyards)

The wine in the heart of the southern Walla Walla Valley plans to open tasting rooms in Spokane as well as in Bend, Ore.

Va Piano, a Tuscan-inspired winery and vineyard on J.B. George Road, near the state line between Washington and Oregon, announced late last week that it is opening the two new tasting rooms.

Owned and operated by Justin and Liz Wylie, Va Piano is home to one of the valley’s most beautiful estates. Justin Wylie was inspired to enter the wine business after studying abroad in Florence, Italy, during his senior year at Gonzaga University. The fourth-generation Walla Walla native bought 20 acres of wheat land in the southern Walla Walla Valley and planted grapes, including Cabernet Sauvignon, Syrah, Merlot, Cabernet Franc and Petit Verdot. The winery opened in 2003.

In 2007, the Wylies expanded their holdings by purchasing a second estate vineyard called Octave. 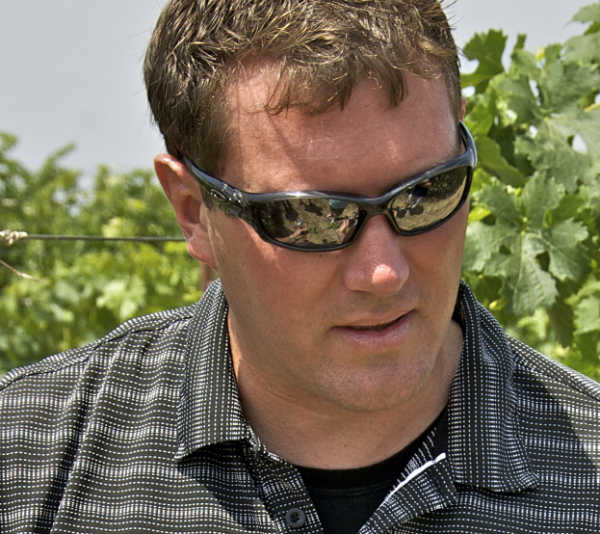 Spokane: The Spokane tasting room will be inside the historic Davenport Hotel in the heart of the downtown core. A grand opening will take place March 4-6.

“The Davenport Hotel is an icon of culture and sophistication in Eastern Washington,” Justin Wylie said. “We are excited and humbled for the opportunity to pour our wines there. Our brand has been built around the concept of relaxed elegance, and we believe we partner well with the Davenport Hotel’s grand history of hospitality.”

The downtown Spokane area is starting to build up its tasting room scene, and Va Piano will not be the first Walla Walla Valley winery with a satellite tasting room in the area. Cougar Crest Estate Winery and Patit Creek Cellars already have established tasting rooms, joining such wineries as Barrister, Robert Karl, Bridge Press, Latah Creek, and Arbor Crest.

More wineries are expected to look to Washington’s second-largest city as a location for satellite tasting rooms now that Woodinville has reached a saturation point, jumping well past 100 wineries and tasting rooms.

Bend: Thanks to its location in the center of the state and near skiing resort Mount Bachelor and Sunriver to the southwest, Bend has ample opportunity to cater to a high-end audience. Already, Bend is becoming known for beverages such as microbrews, spirits and wines. Establishing a tasting room in Bend should provide a great opportunity for Va Piano.

“Bend’s popularity as both a place to live and a destination for visitors made it the perfect place for us to share our wines with a larger audience,” Wylie said. “Locating our new tasting room in the Old Mill District was a no-brainer. Not only is the riverfront setting picture perfect, but the district also is a main attraction for both locals and tourists who come to shop, dine and, we’re sure, drink some good wine.”

While a small number of wineries already in Bend, Va Piano would be the first from Walla Walla to open a tasting room there.