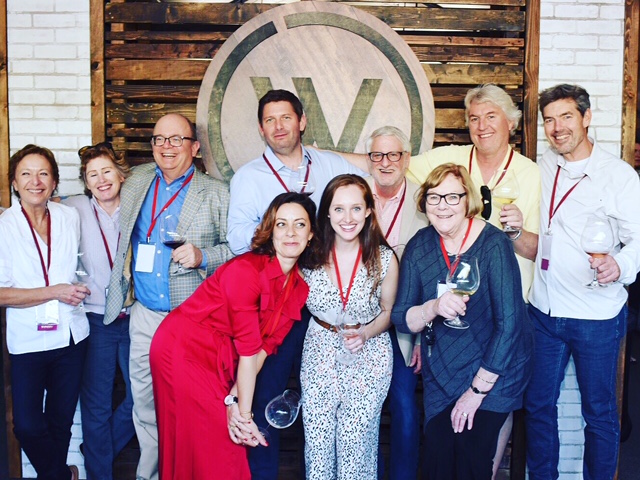 NEWBERG, Ore. – It might have been a sign of optimism in the U.S. economy, but the $476,000 raised by the inaugural Willamette: The Pinot Noir Barrel Auction definitely showed that more than 400 wine collectors are bullish on the 2014 vintage in Oregon’s Willamette Valley.

On Saturday at the tony Allison Inn & Spa in Newberg, the Willamette Valley staged its inaugural trade auction of Pinot Noir. There were 66 producers spotlighted, and they offered up unique lots to a trade-only audience from around the country.

“We are thrilled at the success of this event,” auction chairman Josh Bergström of Bergström Wines said in a news release. “It was an amazing opportunity for retailers, restaurateurs and distributors from all over the world to not only obtain rare bottlings from our best cellars but to further delve into the complex and world class story of Oregon’s Wine community.

“It was time for an event of this caliber in the Willamette Valley,” Bergström continued. “The Oregon wine community sits in a unique moment of time where pioneers and young visionaries are standing together at the same table raising the quality of Pinot noir for the world.”

All proceeds from the auction will support the marketing and branding efforts of the Willamette Valley Wineries Association. 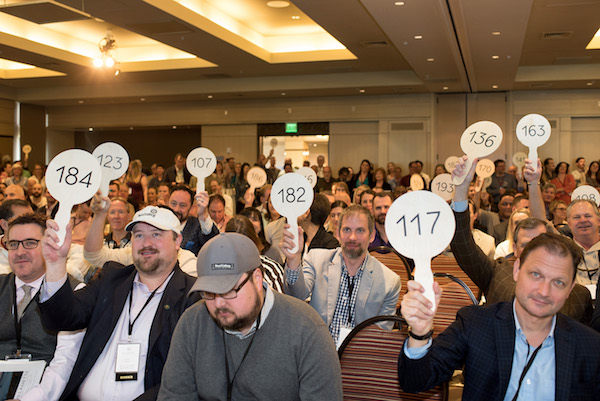 The first item, a five-case lot from Bergström Wines, set the tone by generating more than $10,000 from the bidders. In less than two hours, all 66 lots were auctioned off by Fritz Hatton for a combined total of $467,000 — an average of more than $1,000 per case.

“To have an opportunity to get in on the very first vintage of Lavinea was something we couldn’t pass up,” Spicknall said. “The entire event was marvelous, and the people I met are as world-class as their wines. That’s why we love to introduce Willamette Valley wines to our customers at the Wine Cellars of Annapolis. We will be back next year.” 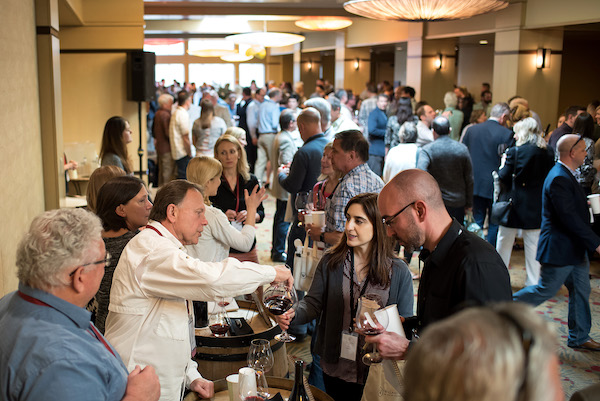 Wayne Bailey of Youngberg Hill pours as part of the inaugural Willamette: Pinot Noir Barrel Auction on Saturday, April 2, 2016, in Newberg, Ore. The event at the Allison Inn & Spa featured a 2 1/2-hour trade tasting of the wines about to be auctioned off. (Photo by Aubrie LeGault Photography/Courtesy of Willamette Valley Wineries Association)