NEWBERG, Ore. – One of Oregon’s top artisan wineries has been purchased by a large California wine producer.

“Artisanal winemaking is first and foremost about grape sourcing,” said Lynn Penner-Ash, who founded the winery with her husband, Ron, in 1998. “Over my long winemaking career in Oregon, I have been blessed with the opportunity to make wines from some of the best vineyard locations throughout the Willamette Valley.” 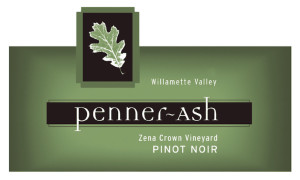 Penner-Ash already is familiar with Zena Crown fruit, as she produced one of the best Oregon Pinot Noirs of the stellar 2012 vintage from the vineyard. In addition, the Penner-Ash 2012 Shea Vineyard Pinot Noir ranked No. 5 in Great Northwest Wine’s top 100 list of 2015.

Penner-Ash graduated from the University of California Davis with a degree in viticulture, then went to work for Stag’s Leap Wine Cellars, Domaine Chandon and Chateau St. Jean in California. In 1988, she came to Oregon as winemaker for Rex Hill Vineyards near Newberg, making her the state’s first female head winemaker. Today, Oregon is one of the most gender-diverse wine industries in the country.

“This opportunity will allow our family to focus our time, efforts and passions on those parts of the Penner-Ash business we find most rewarding and enjoyable,” Ron Penner-Ash said in a news release. “Our friends know that we are passionately committed to the local community. We see that same community in Jackson Family Wines, not only in California, but here in Oregon as well. That was very important to Lynn and me.”

Jackson Family is best known for Kendall-Jackson Vineyard Estates in Santa Rosa, Calif. It was launched in 1974 by Jess Jackson. He died in 2011 at the age of 81. His widow, Barbara Banke, now runs the company.

“My family and I have always been impressed by Lynn and Ron’s stellar wines and the exceptional vineyard sites from which they have been sourced,” Banke said in the news release. “Our shared passion for site-specific winemaking from the best vineyards in Yamhill-Carlton, Ribbon Ridge, Eola-Amity, Dundee and throughout the Willamette Valley makes this a natural collaboration. I am excited about the opportunity to work with Lynn, Ron and their terrific team to continue the success of Penner-Ash.”

The Penner-Ash team will stay on and continue to run the winery in relative autonomy, with Lynn Penner-Ash making all winemaking and grape-sourcing decisions. Jackson Family acquires the business assets of Penner-Ash, including the winery and 15 acres of estate vineyards. Lynn and Ron Penner-Ash will keep a financial interest in the winery, according to the news release.

The Penner-Ash purchase is the latest in a number of moves in Oregon wine country the past four years. Others include:

Last year, an economic impact report indicated that the Oregon wine industry adds more than $3.3 billion a year to the state’s bottom line, and that is driven by Pinot Noir, which fuels most of the state’s 600-plus wineries and many of its 950 grape growers.

Pinot Noir, which was first planted in Oregon in the 1960s, makes up more than 60 percent of the wine grape scene in the state. Comparatively, Washington’s wine industry is split primarily between five grape varieties: Cabernet Sauvignon, Riesling, Chardonnay, Merlot and Syrah.