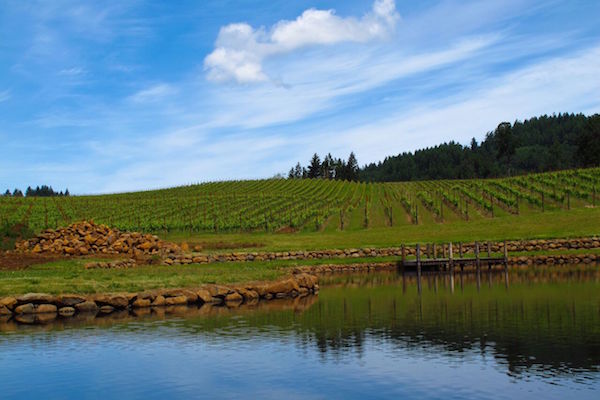 RICKREALL, Ore. – One of Oregon’s oldest wineries is giving back to American troops through the end of this month with a wine called Patriot Red.

It features a U.S. flag on the label and retails for $20. It is available only through Eola Hills’ tasting rooms or its website.

The winery will donate $1 from the sale of each bottle to put together and send care packages to U.S. troops stationed overseas. It is connected with the grassroots campaign RED: Remember Everyone Deployed.

Eola Hills Wine Cellars marks its 30th anniversary this year, and it is Oregon’s fifth-largest winery. It has tasting rooms in Rickreall, McMinnville and Salem.

The packaging for the wine was suggested by Steve Anderson, head winemaker for Eola Hills for the past two decades. He is a U.S. Army veteran, and his ROTC scholarship allowed him to attend Oregon State University, where he earned a degree in horticulture that got him into the wine industry.

Care packages created from Patriot RED sales go to overseas troops with Oregon connections. They will include such items as sunscreen, hand lotions, food items such as jerky and energy bars, batteries, magazines and gift cards for online retailers.

The RED organization encourages U.S. citizens to wear red shirts each Friday to show support for servicemen and women who are deployed overseas.

Tom Huggins is the founder and general manager of Eola Hills Wine Cellars. He planted his first vineyard in the shadow of Oregon’s Coast Range and harvested grapes for his first vintage in 1986. Construction on the winery began in 1987.

In addition to its three tasting rooms, Eola Hills also stages brunch each Sunday at the winery. It also puts on a bike ride through Oregon wine country every Sunday in August. The rides begin at 8 a.m., starting and ending at the winery.