Roots for Viognier continue to grow throughout Northwest wine 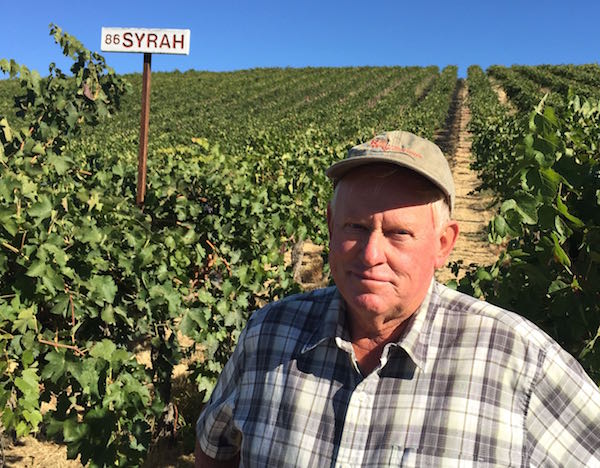 Rhône varieties continue to build an audience with growers, winemakers and consumers in the Pacific Northwest, and Viognier was among the early arrivals.

Viognier’s fame stems from the wines of Condrieu, the French appellation along the Rhône Valley’s right bank south of Lyon. While Syrah goes down as the historic planting in Washington state with grower Mike Sauer establishing it in his Red Willow Vineyard in 1986 at the request of Master of Wine David Lake, Sauer also is credited with developing the first site for Viognier. That was three years prior — 1983.

While Chardonnay remains hugely popular in this country, the A-B-C movement (Anything But Chardonnay) promoted Viognier as an alternative to Chardonnay. The first big bump for Viognier in Washington came from 1999 to 2002, when the acreage jumped from 60 to 230 acres.

Interest grew more slowly during the next decade. By 2011, there were 390 acres of Viognier. Five years later, its plantings stand at around 500 acres, resulting in 1,600 tons harvested in 2015. So much for the A-B-C effect. There were 42,000 tons of Chardonnay crushed.

Viognier in vogue in Rogue 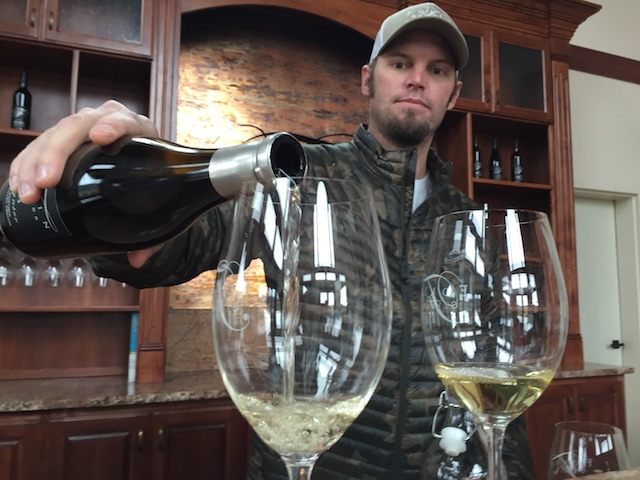 Rob Folin and his parents, Scott and Loraine Folin, have devoted much of their 25 acres of vineyard in Oregon’s Rogue Valley to Rhône varieties – including Viognier. Folin Cellars operates tasting rooms on their estate in Medford as well as in downtown Carlton. (Photo by Eric Degerman/Great Northwest Wine)

In Oregon, there’s been a drop of interest in Viognier. Planted acres fell from 257 to 241 from 2014 to 2015, leading to a harvest last year of 688 tons at 3.33 tons per acre. However, it is embraced in Southern Oregon. It is particularly in vogue in the Rogue Valley where it home to more than half of the state’s plantings at 161 acres and 503 tons.

Idaho’s Snake River Valley also shows promise with Viognier, home to some of the Northwest’s most delicious examples.

Beyond those benchmark bottlings of Condrieu, Viognier often is blended with Roussanne and Marsanne.

Here in the Northwest, many winemakers enjoy dabbling with Viognier. Often, they work with it as stand-alone wine that represents a few barrels for wine club and tasting room sales. It also is gaining a following in blends with grapes such as Pinot Gris and Chardonnay, adding body and texture. However, another important role is co-fermenting with Syrah, accounting for tiny percentages of those Syrah bottlings.

Growing Viognier isn’t easy. It doesn’t thrive in shallow, dry soils. It can produce uneven clusters, and getting it just ripe – without being overripe – is a challenge. As a result, cooler areas where the grapes can hang a little longer without fear of becoming too ripe will tend to produce superior wines. Those factors help explain why Viognier had nearly disappeared from the map — even in Condreiu — in the late 1960s.

Here are a few delicious examples of Viognier we’ve tasted recently from Washington, Oregon and Idaho. Ask for them at your favorite wine shop or contact the wineries directly.