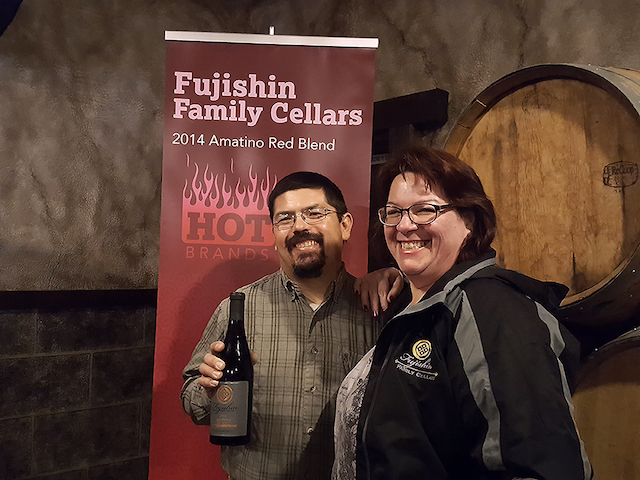 The February 2017 issue of the California-based publication showcases 10 Hot Brands of 2016. It’s a heady list, and this marks the first time since 2009 that as many as four Pacific Northwest wineries earned a spot. They are Amavi Cellars and Sleight of Hand Cellars in Walla Walla, Illahe Vineyards in Dallas, Ore., and Fujishin Family Cellars in Caldwell’s Sunnyslope Wine District.

“It’s a great group to be a part of,” Fujishin said. “It was really exciting for us to be honored in so many ways. I hope there are many more from Idaho in the future. People are starting to recognize that Idaho has a real and serious wine industry.”

And yet, Fujishin Family Cellars is just the second Idaho winery to earn that honor. Cinder Wines in the Boise suburb of Garden City was the first in 2009, and winemaker Melanie Krause and her husband/GM Joe Schnerr haven’t slowed down. That year also marked the first commercial release for Fujishin, longtime assistant winemaker for his friend Greg Koenig – one of Idaho’s most successful producers.

“Cinder won it early on and that has been such a great model for Idaho,” Fujishin said. “They’ve helped show that an Idaho winery can make it big, not just locally, but regionally and across the nation. Melanie does such a great job, and Joe, too.” 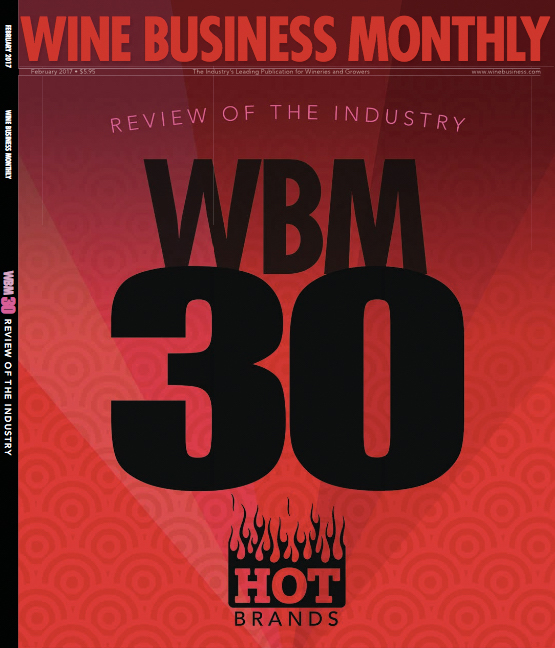 Wine Business Monthly traditionally stages its Bottle Bash on the eve of the Unified Wine and Grape Symposium, the massive trade show in Sacramento, Calif. Fujishin regularly attends the Bottle Bash, which features a tasting of the magazine’s Hot Brand wineries.

“I’ve gone to the Bottle Bash a lot of times in the past and seen who has been among the Hot Brands in the past,” Fujishin said. “Honestly, it’s one of the few recognitions that I’ve ever really wanted to have. Twisted Oak (2010) is one of the best marketers in the industry, and there are a lot of brands and wineries that have helped shape the industry that have been on this list.”

This time, the 2,500-case producer was on the other side of the table. His 2014 Amatino Red Blend is a Rhône-inspired melange of Syrah (60%), Petite Sirah (35%) and Viognier, and it was a good thing his general manager/wife Teresa Moye Fujishin helped him at the booth.

“It was really interesting to be pouring for folks from all over the industry — media, winemakers, finance,” he said. “They were asking great questions about what’s going on in our industry. People would come up and say, ‘We keep hearing about Idaho.’

“There were a lot of big names from big wineries asking in-depth questions about soil type, climate and how things are changing,” he added. “There were some decision makers from California, and you could tell that their interest level is piqued about Idaho, and in the Snake River Valley in particular.”

Two topics weighing heavily on the California wine industry are water and labor.

“Up here, we still have those things,” Fujishin said. “There certainly is a lot of water coming our way this year, and the labor situation is such that we can still share crews and make things happen.”

He had plenty of opportunity for follow-up questions, it would seem.

“All night long, there was a line of people wanting to taste, and it was fun for us because people were coming back for second and third tastes,” Fujishin added. “Granted, it was one of the few bigger reds in the lineup, but a lot of people would say, ‘Seriously? This is Idaho?’ ”

And then there was the question that virtually everyone in the Idaho wine industry fields.

“We always get the potato question — every time,” Fujishin said with a chuckle. “We’re used it.” 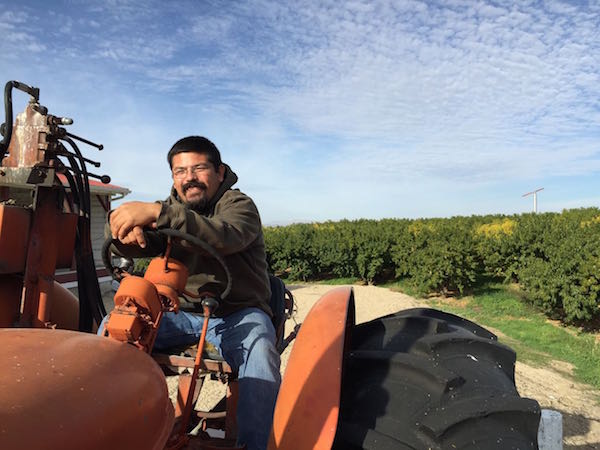 Martin Fujishin grew up on a farm in the Snake River Valley, so he’s quite comfortable on a tractor or forklift. Today, Fujishin is owner of Fujishin Family Cellars in Caldwell and is one of the Idaho wine industry’s rising stars. (Photo by Andy Perdue/Great Northwest Wine)

The Hot Brands recognition has been applauded by more than Fujishin’s wine club peeps.

“We’ve had great positive feedback, and it’s done a lot of really good things on the wholesale side, too,” he said. “Our distributors were thrilled to see it.”

The Hot Brands article on Fujishin focused on his Amatino, but the innovative winery also has a growing following for its taps program and is believed to be the first winery in Snake River Valley to provide seated tastings.

“There are so many brands doing so well in the marketplace and with all the choices the editors had it was nice that they recognized Idaho, and our winery in particular,” Fujishin said.

Alas, Fujishin has sold through the 2014 Amatino and its 200-case production, but he’s just about to release the 2015 vintage of Amatino. Fortunately, there will be 341 cases of that, despite some winter damage that pinched the 2015 growing season in Idaho.

“The Amatino is not our biggest production wine yet, but it is our best seller,” Fujishin said. “We were sold out of it before Christmas — before we even received this press on it.”

Other members of the Idaho wine industry later poured at Unified, and the Idaho Wine Commission booth was represented by Gregg Alger of Huston Vineyards, Earl Sullivan of Telaya Wine Co., Hailey Minder of 3100 Cellars and Moya Dolsby, executive director for the state commission.

“Anytime you get good publicity for Idaho, it pays dividends,” Fujishin said. 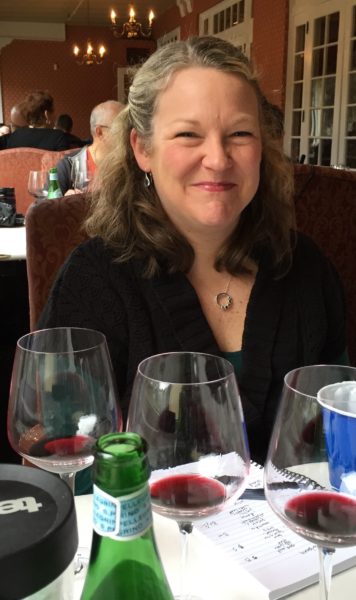 Fujishin credits his Hot Brands press to his state’s Best Case Scenario promotional campaign, a collaboration among the Idaho Wine Commission and Watershed Communications in Portland, Ore. The marketing concept originated with Katie Bray, now the executive director of the Oregon Cheese Guild but formerly the longtime marketing and events director for the Oregon Wine Board.

While at Watershed, Bray worked with a dozen of the North Willamette Valley’s top Pinot Noir producers. They combined to send a cross-section of 12 wines — a case worth — to select wine writers and influentials across the country.

The first Best Case program representing the Gem State was organized by the late Cole Danehower on a contract with Watershed and Dolsby.

“That’s what got us on the desk of the editors at Wine Business Monthly,” Fujishin said. “They initially tasted the 2012 Amatino as part of the Best Case program, then they requested the 2014 vintage. I can’t say enough about that project. To be with some of the best wines from Idaho and have that wine sent off to people who help shape the industry? My hat’s off to Moya and Cole. He was great to work with.”

History of Hot Brands from the Pacific Northwest 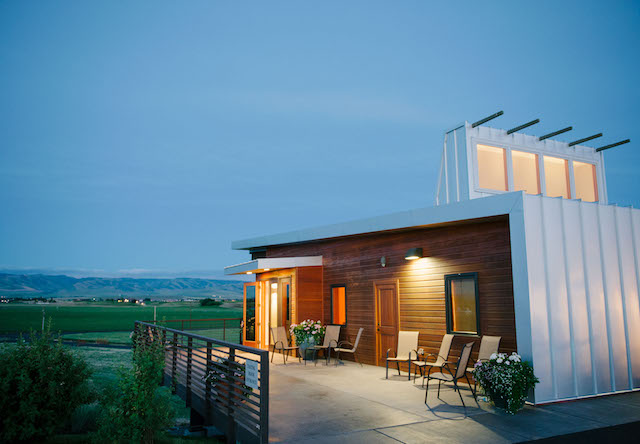