OLIVER, British Columbia — There’s a common belief in Northwest wine industry that if a site produces plump cherries, then it bodes well for wine grapes.

That’s certainly played out for Chris and Betty Jentsch in British Columbia’s Okanagan Valley, who founded C.C. Jentsch Cellars south of Oliver. The Jentsch family moved from Germany to Canada in 1929 and settled in the Kelowna area, becoming successful at farming cherries and tree fruits.

In 1970, Chris and Betty moved south into Oliver near the Golden Mile Bench, where they farm 63 acres of vineyards, in addition to another 19 acres they own in various locations around the valley, including their picturesque home near Summerland overlooking Okanagan Lake.

In 2000, the Jentsches began the conversion of their farmland from cherries to grapes, selling their fruit to wineries throughout the valley. In 2012, spurred on by the loss of two large contracts with major producers whose own vineyards had come online, they began to try their hand at winemaking. 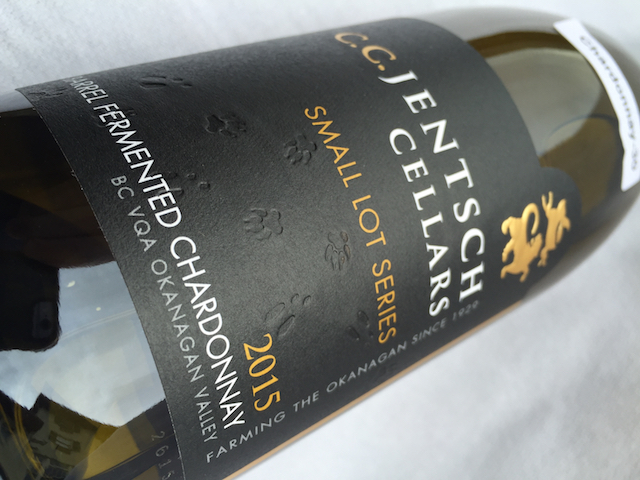 They made four wines from their first vintage. Their 2012 Syrah, won a gold medal at the National Wine Awards of Canada and then a Platinum in Wine Press Northwest magazine’s 2015 Platinum Competition.

Encouraged by that success, they decided to build a winery.

“It was already a very crowded market. But the Jentsch family has always been very successful at agricultural pursuits,” said Michael McCoy, C.C. Jentsch’s wine educator, who is a designated Canadian Wine Scholar and is WSET certified.

And the success for C.C. Jentsch Cellars continues. Their 2013 Syrah topped an international lineup during a 2015 tasting staged in British Columbia featuring British critic Steven Spurrier of Judgment of Paris fame. It also earned a Platinum from Wine Press Northwest in 2015 and later a gold at the 2016 Judgment of Geyserville (Calif.) tasting of cool-climate Syrah.

In October, the CC Jentsch Cellars 2015 Small Lots Barrel Fermented Chardonnay earned a gold medal at the 2016 Great Northwest Invitational Wine Competition in Hood River, Ore. Later that month, it finished as the top Chardonnay in the 2016 Platinum, meriting a Double Platinum. And the 2014 Malbec received a Platinum award. 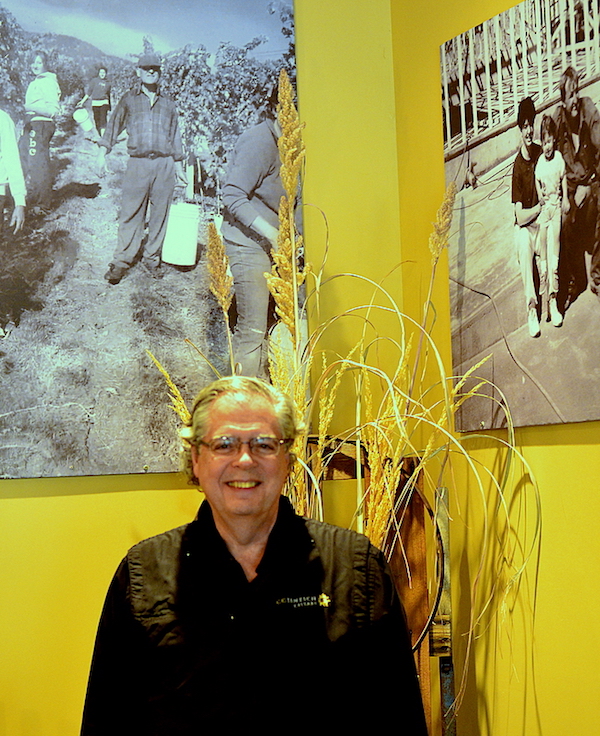 The Jentsch family produces as many as 10,000 cases from their 84 acres. Some years, they sell surplus fruit to other wineries.

What does C.C. Jentsch strive for in winemaking?

“BLICE,” said McCoy. “That stands for balance, length, intensity, complexity, and expression of the varietal. If you can achieve that, you’ve got all you need in a wine.”

Along the way, Pratt is investing in a next-generation approach to winemaking. She ages wine in Flexcubes, which are oxygen-permeable polymer cubes with constant passive oxygenation. These wines have not yet been released, but will be soon.

“People like the idea that we’re not cutting down trees to make our wine,” said McCoy.