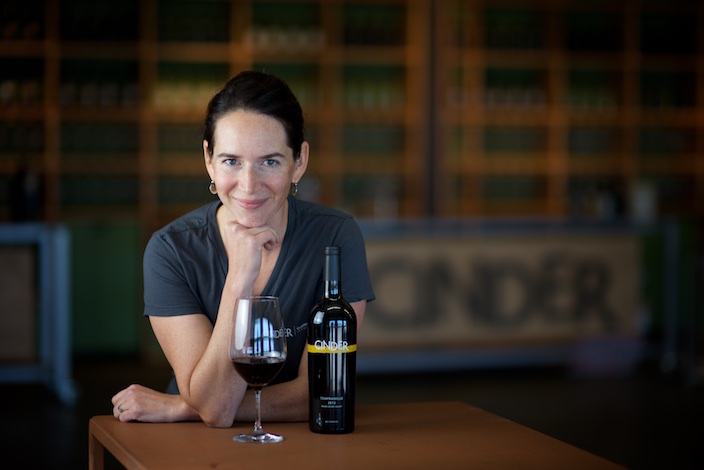 CALDWELL, Idaho – An off-dry Riesling from one of the Pacific Northwest’s top winemakers won best of show Tuesday afternoon at the eighth annual Idaho Wine Competition.

Boise native Melanie Krause wowed the judges with her Cinder Wines 2016 Off-Dry Riesling. The graduate of Washington State University who trained and made wine at Chateau Ste. Michelle more than a decade ago said her participation in last year’s international Riesling conference staged by her former employer played a role.

“I think Riesling Rendezvous did help me improve the 2016 over the 2015 – not in one specific thing, like a particular wine or technique that I liked, but more in the sense that I was reminded of something I’d already known,” Krause wrote via text message. “That is, there are 1,000 ways to make good Riesling.

“Seeing the incredibly broad spectrum of delicious Rieslings helped me stop worrying about screwing up a variety that I don’t have that much experience with and instead just do what I thought was going to be the best technique for those grapes at that time,” she added. 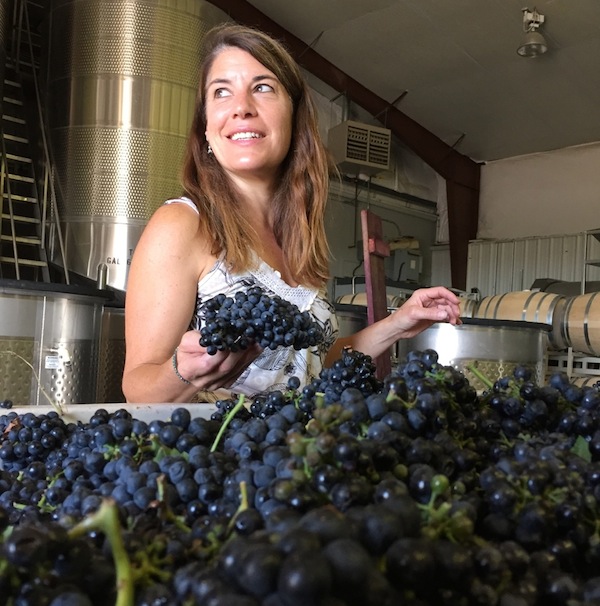 Meredith Smith, another Boise native, produced two of the competition’s best wines. The Sawtooth Estate Winery 2015 Trout Trilogy Syrah, a $35 wine from the Snake River Valley, was voted the top red wine of the judging. And Smith also made the best Chardonnay as the Ste. Chapelle Winery 2016 Panoramic Idaho Block 16 Chardonnay ($20) is a product of her debut vintage as the winemaker for the state’s largest winery.

The judging of 152 Idaho wines staged inside the showpiece tasting gallery at Koenig Vineyards also reaffirmed Greg Koenig’s reputation as one of the Pacific Northwest’s top producers. Wines that Koenig made accounted for six gold medals – a third of those awarded in the competition – led by the unanimous double gold medal for the Koenig Vineyards 2014 Cuvée Amelia Reserve Syrah. The dean of Idaho winemakers also made the gold-medal winning 3 Horse Ranch Vineyards 2014 Single Vineyard Eagle Foothills District Merlot and the Bitner Vineyards 2016 Riesling.

Best rosé of the competition went to the Hat Ranch Winery 2016 Estate Rosé, a dry salmon-colored wine made by Tim Harless with Cabernet Franc from his young vineyard in the Sunnyslope Wine District.

The best sweet wine was the Camas Prairie 2016 Raspberry Mead, a wine made with Idaho honey and Idaho raspberries.

Arguably the best buy from the competition was the Indian Creek Farm Winery 2014 Star Garnet Red Blend, a $15 bottle of wine that earned a double gold medal and was voted as the best red blend of the judging. 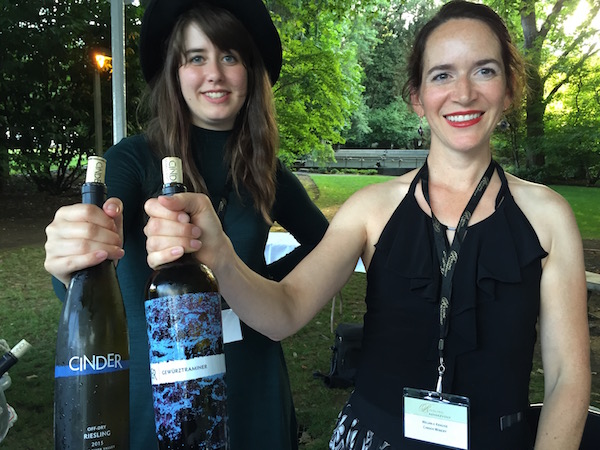 “I picked the 2016 at lower Brix (21 percent to 23 percent sugar), even though I was already picking early,” Krause said. “The acid is really high and pH really low, so that really helps focus the finish. And I should give the vintage some credit as 2016 was amazing. The cool temperatures of the fall gave us great flavors without the high alcohol and loss of acidity that can be an issue in hotter years.”

Interest among a handful of cider producers prompted the launch of an Idaho Cider Competition, which was won by the Meriwether Cider Co.’s Foothills Semi-Dry Hard Cider. Meriwether’s Blackberry Boom Hard Cider also received a gold medal. Both judgings were orchestrated by Great Northwest Wine, a news and information company based in Washington state, in cooperation with the Idaho Wine Commission. 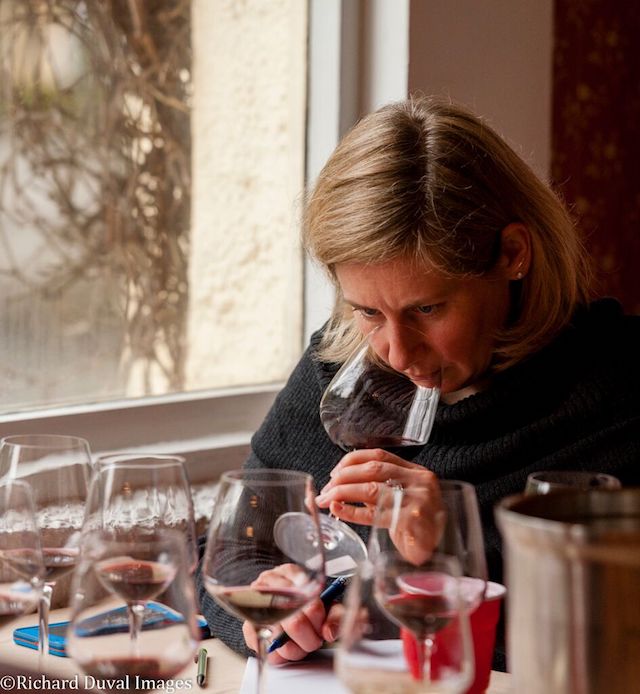 Sheri Sauter Morano, who earned her Master of Wine in 2003 at the age of 28, judged the 2017 Idaho Wine Competition. (Photo by Richard Duval Images)

Judges this year included Sheri Sauter Morano, who carries the most prestigious title in the wine industry — Master of Wine. As an MW, Morano is in constant demand across the country as an expert, educator, consultant and judge.

“Overall, I was very impressed by the passion and commitment I see here in Idaho,” Morano said. “I think there is a lot of potential – and I think that Idaho should absolutely be on the radar of wine experts across the United States. I think Idaho should continue to focus on nurturing their vineyards – I think there are some elements of concentration and intensity in the wines that will only come with older vines and high quality work in the vineyards – and not worry too much about the idea of a signature grape variety.”

“I think that certain grape varieties will stand out over time, but that there is diversity within the different AVAs and terroirs that should be embraced and communicated to consumers,” Morano added. “I very much look forward to what the next 10 years will bring for Idaho.” 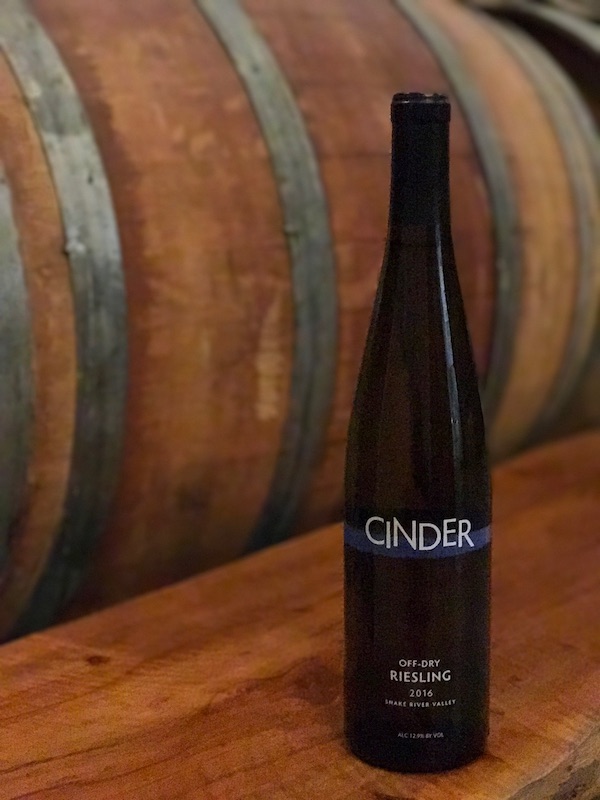