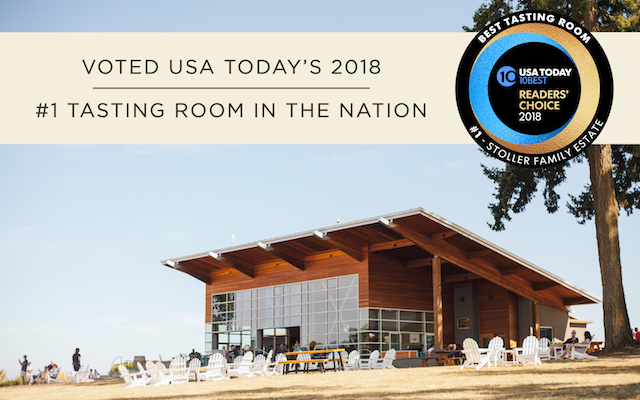 According to USA Today readers, no winery in the country presents its wines any better. Bill Stoller’s tasting room came in as the No. 1 tasting room in the nation by the 2018 USA TODAY 10Best Readers’ Choice Awards. News of the award emerged at the start of Labor Day weekend.

“This is an unbelievable honor for our entire team,” Stoller, founder and owner of Stoller Family Estate, stated in a news release. “Our estate is my family home. Our team prides itself on providing first-class hospitality in an approachable, down-to-earth environment. This award reflects the dedication of our team, and we owe a huge thank you to everyone who voted.”

USA Today said nominees were determined by a panel of experts, ranging from editors at USA TODAY, editors from 10Best.com, contributors, sources for both these media and other Gannett properties. The public voted during a four-week period.

L’Ecole No. 41 in the Walla Walla Valley community of Lowden, Wash., ranked No. 4, on the list. Van Duzer Vineyards in Dallas, Ore., west of Salem, made it at No. 8. 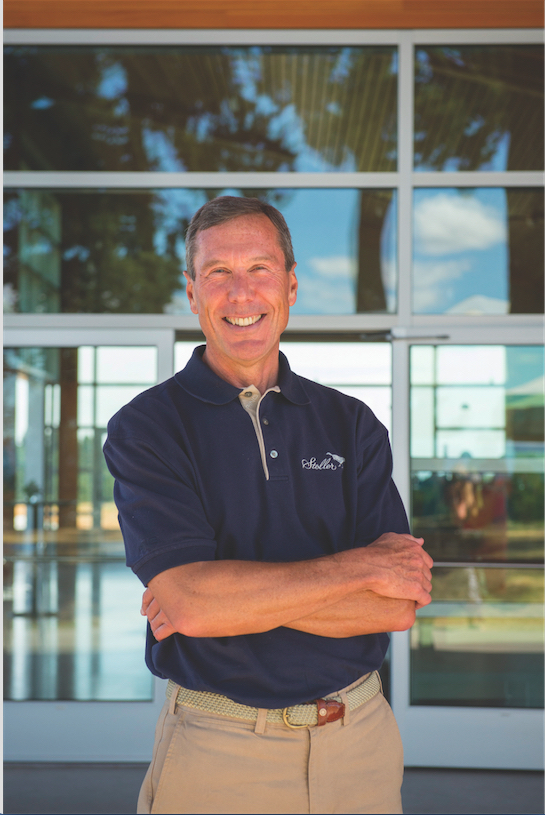 Bill Stoller’s transformation of the turkey farm he grew up on into Stoller Family Estate began in 1993 when he purchased the property. (Photo by Andréa Johnson Photography)

Wine Press Northwest magazine named Stoller Family Estate as its 2014 Pacific Northwest Winery of the Year, and the tasting room environment for Melissa Burr’s award-winning wines played in an important role in that selection.

The transformation of the turkey farm near the tiny town of Dayton where Stoller grew up ranks among the most remarkable stories in the Pacific Northwest wine industry. It’s also one of the most photogenic and transformative. As guests step into the 4,000-square-foot tasting room, they are presented with views of the 399-acre vineyard, the largest contiguous vineyard in the Dundee Hills.

And when the weather is right, wine lovers can stroll through opened glass garage doors and into chairs on the patio. On the expansive lawn are Adirondack chairs that make it difficult to leave the deliciously relaxing estate where the frustrations of Highway 99 can be left behind for an hour or two.

Environmentally conscious wine lovers also get a sense of Stoller’s tastefully understated commitment to sustainability. The tasting room is “Net-Zero,” powered 100 percent via an 1,180-panel solar array installed across the estate. Other features include salvaged timber and a pair of charging stations for electric vehicles.

Stoller Family Estate is open seven days a week from 11 a.m to 5 p.m., and the tasting fee of $20 is waived with a two-bottle purchase. While boards of cheese and cured meat are available for purchase in the tasting room, patrons are permitted to enjoy outside food on the lawn and patio. Guests also may reserve Stoller’s “Elevated Experiences” with a variety of tours and tasting options available. There also are three guest homes available with an advance reservation. 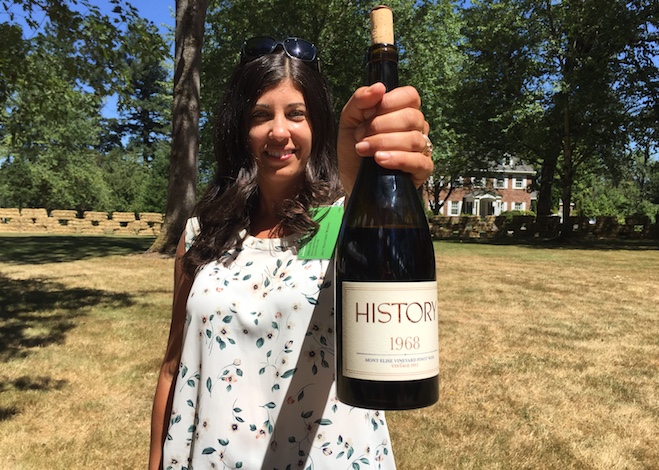 Harvest is scheduled to begin Sept. 4 at Stoller for its growing sparkling wine production, and the 2018 vintage already was going to be remembered for a number of milestones.

This past winner, Stoller announced that he’d acquired full control of Chehalem Wines, a company in nearby Newberg that Stoller had been a partner in for 24 years with his friend/founding winemaker Harry Peterson-Nedry. In July, Stoller announced the formation of the Stoller Wine Group as the parent company for his eponymous winery, Chehalem, Burr’s young History project and their new Canned Oregon brand.

Stoller, who co-founded Express Employment Professionals in 1983, purchased his family’s turkey farm a decade later to become an integral and lasting part of the Oregon wine industry. In addition to his growing wine portfolio, Stoller can point to his construction of the world’s first LEED® Gold certified winery.

For the past three years, Stoller Family Estate has been named by the Portland Business Journal as Oregon’s Most Admired Winery and one of the state’s Most Admired Companies. 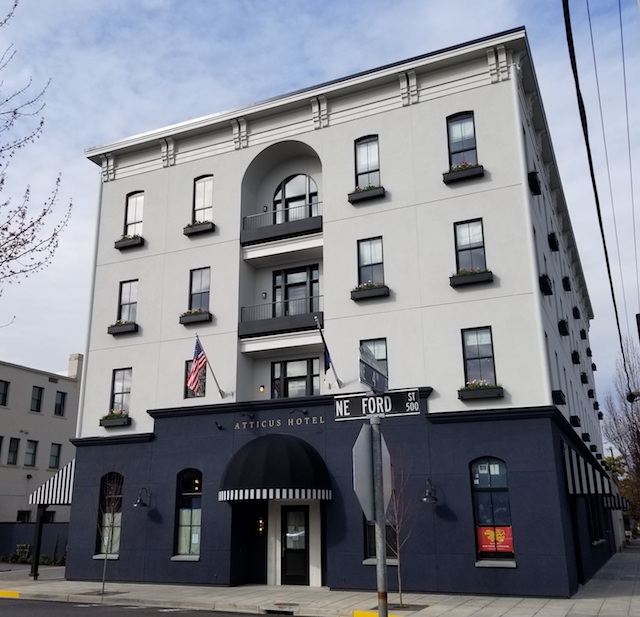 The 36-room Atticus Hotel in McMinnville, Ore., opened April 1, 2018, two months ahead of schedule. (Photo courtesy of The Atticus Hotel)

Eight miles to the southwest, USA Today readers fêted a new lodging destination in the Willamette Valley. The Atticus Hotel in nearby McMinnville came out on top as the Best Wine Country Hotel in the Nation by the 2018 USA TODAY 10Best Readers’ Choice Awards.

Such recognition is remarkable for the first-year hotel, which opened April 1 — nearly four months in advance of the International Pinot Noir Celebration on the campus of Linfield College. The Atticus Hotel is within walking distance of 18 wineries and craft beverage tasting rooms and just around the corner from historic Nick’s Italian Café.

No other Northwest hotels cracked the top 10. The 10Best Readers’ Choice Award contest launches new categories and 20 nominees every other Monday at noon. After four weeks of voting, the contest closes on the 28th day at noon. On the Friday after voting ends, winners are revealed. Rules allow the public the right to vote online for one nominee per category, per day.

The panel of experts that picked the initial 20 nominees for both categories won by Oregon properties included Jill Barth, a wine, food and travel writer; Shana Clarke, journalist based in New York City, wine editor for inside.com and contributor to Eat Sip Trip; Karen MacNeil, an acclaimed author/educator in Napa; and June Rodil, a Master Sommelier living in Texas. All voting is digital, and the 10Best Readers’ Choice Award contest is accessible on the 10Best.com website.