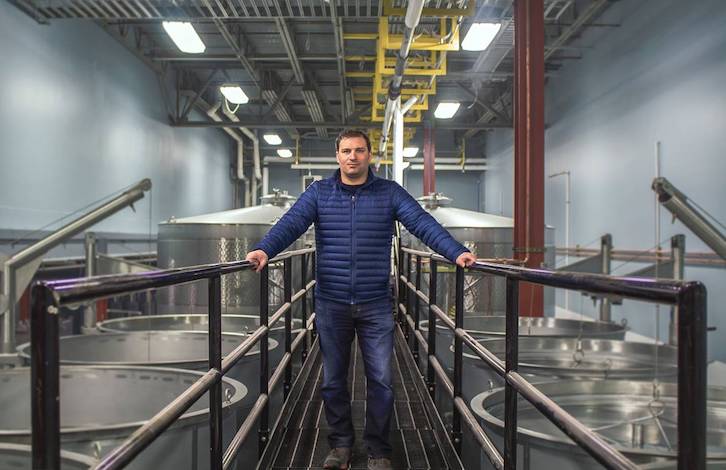 Jason Gorski, who arrived at DeLille Cellars in 2011 after spending seven years with Ste. Michelle Wine Estates, has been promoted to DeLille’s director of winemaking. He replaces founding winemaker Chris Upchurch. (Photo courtesy of DeLille Cellars)

WOODINVILLE, Wash. – DeLille Cellars, one of Washington state’s leading wineries, announced Wednesday that Jason Gorski has been promoted to replace co-founder Chris Upchurch as director of winemaking and viticulture.

Gorski has seen production grow from 10,000 cases to approximately 30,000 cases since he joined the Woodinville showpiece in 2011. In addition to overseeing DeLille’s 60 acres of vineyards, Gorski’s responsibilities also include the smooth transition of the former Redhook Brewery tank room into a vinification facility designed to keeping DeLille in the international spotlight.

“Established with a focus on wine quality, DeLille Cellars is an integral part of the history of Washington wine and its increasing reputation throughout the world,” Gorski stated in a news release. “I look forward to continuing to build upon that foundation, working to continuously improve our wines and promote the excellence of Washington vineyards.”

The late Charles Lill, his son, Greg, Jay Soloff and Upchurch created DeLille Cellars along Woodinville-Redmond Road in 1992 with a penchant for wines inspired by Bordeaux. The critically acclaimed program developed by Upchurch also helped build a following for now-famous Columbia Valley vineyards such as Harrison Hill, Sagemoor, Red Willow and Boushey as well as Red Mountain sites Ciel du Cheval and Klipsun. 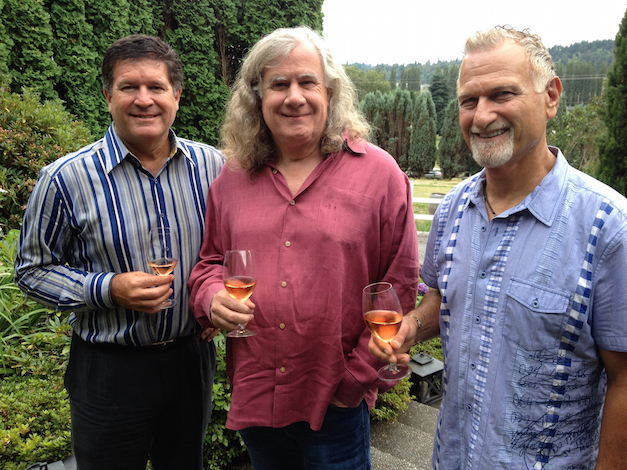 DeLille Cellars took the next step on a nationwide level in 2013 when it entered a partnership with San Francisco-based Bacchus Capital Management. Those investments were reflected in the growth of DeLille’s flagship D2 Red Wine from 5,500 cases in 2012 to nearly 12,000 cases two vintages later.

“I have been at the forefront of DeLille’s winemaking for the last 27 years, and am extremely proud of what we have created,” Upchurch said. “Our acquisition of a world-class facility at Redhook provides the perfect opportunity for me to scale down as the winery looks to the future. Jason’s well-deserved promotion to director of winemaking recognizes his incredible contributions to DeLille and his passion for continuing our great legacy.”

Upchurch, who launched in 2010 his eponymous brand and estate vineyard on Red Mountain, will remain a co-president, partner and founding winemaker. The company said he will continue to support Gorski and the winemaking team with harvest and blending. Upchurch also plans to represent DeLille at retail events and support its national sales.

DeLille Cellars CEO Tom Dugan, a managing director for Bacchus Capital, said, “Jason has built a great winemaking team and possesses a unique ability as a very talented winemaker with unrivaled technical skill. Along with Chris and Jay and the rest of our owners, we’re incredibly excited for the next chapter of DeLille, with Jason at the helm of winemaking.”

Gorski, 38, a New Jersey native, captained the wrestling team at Duke University, where he graduated in 2002 with a biology degree. He spent two years at Four Sisters Winery in the Garden State prior to moving to Washington state and working seven years for Ste. Michelle Wine Estates. The first four years were on Chateau Ste. Michelle’s white winemaking team before becoming assistant winemaker and viticulturist at red-focused Spring Valley Vineyard in the Walla Walla Valley.

Among the recent honors credited to Gorski by DeLille is the 2015 Signature Syrah rank of No. 30 on Wine Spectator’s 2018 Top 100 List; the 2015 Harrison Hill Red Wine being named The Seattle Times’s No. 1 of the Year for 2018, and the award for Washington Winery of the Year in 2017 by Wine Press Northwest magazine.

DeLille plans to complete by the end of the month the move of its production into the former Redhook space. Before fall, the winery hopes to have finished construction of a new three-story tasting room and retail tower. Sparkman Cellars has moved into the space that was home to Redhook’s bottling line.